More bobcat sighting have been reported around Orlando. Residents are on edge, keeping an eye on small pets and children at play.

ORLANDO, Fla. - Another neighborhood has had a bobcat sighting in a residential area. Neighbors are warning others to watch their kids and pets.

"I was freaking out. I woke up my husband, saying, 'you gotta see this video, there’s a bobcat in the driveway!'"

It’s not the typical furry feline that neighbors in east Orlando’s Monaco subdivision are used to seeing.

Amy Pujols said that this Bobcat was caught on camera outside her home near Chickasaw Road two different times. She said that she "immediately started sharing it with my neighbors to make sure they didn’t take their pets out. Posting it on our Facebook page for the subdivision." 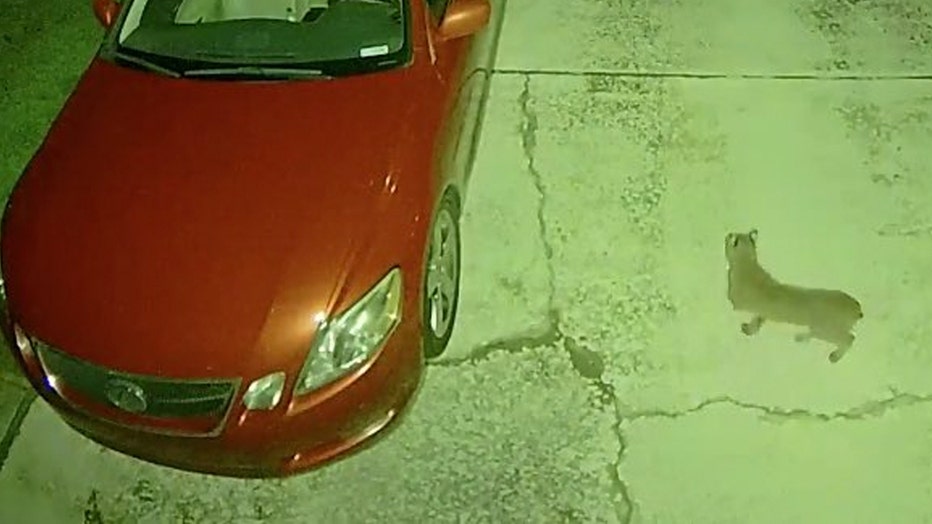 About 10 miles away, another bobcat was seen in Avalon Lakes.

After our story aired about that cat, Amy contacted us via Twitter about her sighting.

"When you see him multiple days, you know that he’s not just passing through. He’s gotta live nearby if he’s here five days apart in the same location. I’ve noticed the cats that roam at night, they’re not around anymore," Amy explained.

Chad Weber of Florida Fish and Wildlife (FWC) said that "as the population of Florida expands, there are going to be more wildlife and human interactions. We’ve had bears in downtown Orlando, there's coyotes in urban environments."

Chad said that if you see one in person, "the easiest thing would be to not approach it. Bobcats are wild animals. Typically they’re very solitary. So if they see them, they’ll run off."

However, if they don’t run off, he said "then that’s something we need to be aware of and they should contact Florida Fish and Wildlife."

As for Amy, she is on alert when it comes to protecting her dogs. She said "I keep them close to me, I keep a flashlight on. I’m watching a lot more now than I was before."

Call FWC at 888-404-FWCC if a bobcat gets aggressive with a person.