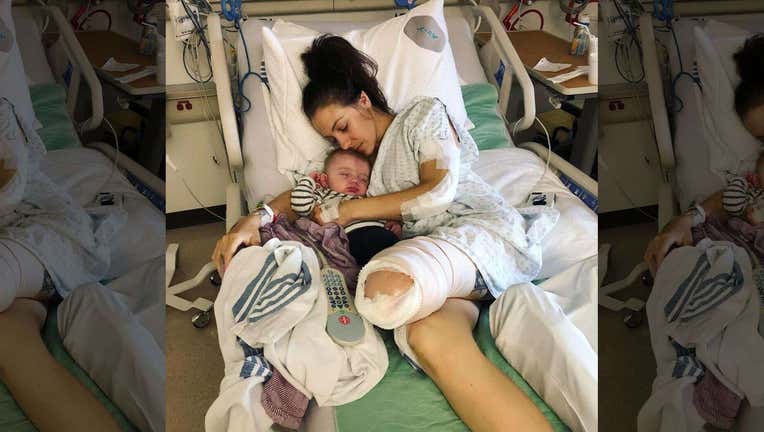 ALBERTA, Canada - A Canadian mother who lost her leg in a horrific accident while stopped on the side of the road during a motorcycle ride said that she’s “grateful” that she survived the ordeal, which nearly ended with her bleeding out in a ditch.

Chouinard, a supply technician in the military, said she called her boyfriend who was out driving with their infant son so that he could come help. When he found her, he ripped his shirt off to use as a tourniquet on her leg to help control the bleeding.

“At first, I was screaming because I couldn’t believe what had happened,” she told SWNS. “But I think that I knew that I needed to stay calm if I wanted to get through this.”

Chouinard was then flown to the University of Alberta Hospital, and a few days later reality set in that her leg was gone. She was hospitalized for the following two months, meaning she was missing her then-4-month-old son at home. 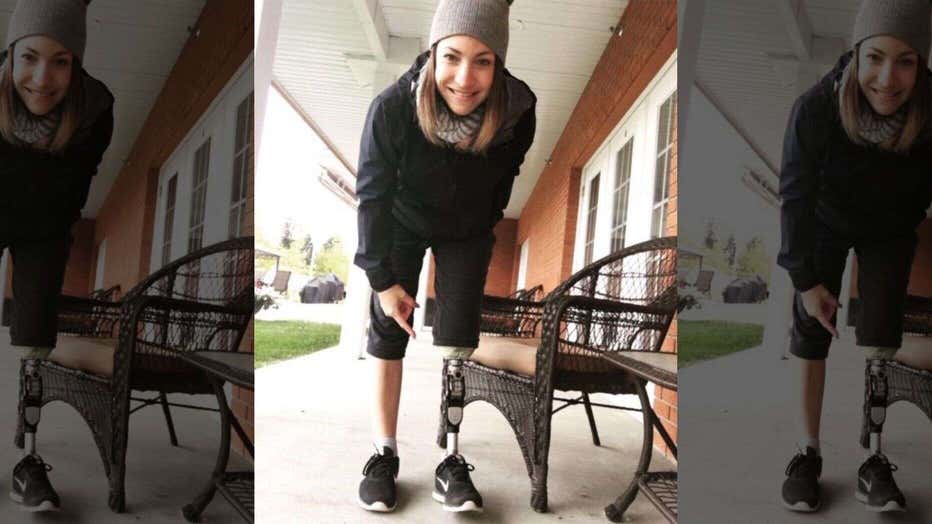 “My left arm was broken so I wasn’t really able to hold him,” she said, of when the baby would come to visit.

In September, she was fitted with her prosthetic leg and started physical therapy to build up the strength she had lost while hospitalized. While she can now walk with the help of a cane, she has set her sights on returning to leading an active life.

“We are going to order a microprocessor knee,” she told SWNS. “It has sensors and it makes it easier to move around. Then later, I’ll probably get a blade to go running.”

She said the shock and trauma of the accident have also led her to focus on the positive things in life.