A doctor in Central Florida is trying to make football safer for her son, by donating $10,000 to purchase helmets which are designed to prevent concussions.

ORMOND BEACH, Fla. - Any mom of an athlete knows is acutely aware that their child could get hurt.  Dr. Whitney Shoemaker has even more cause for anxiety, having lost a loved one who suffered from degenerative cerebellum disease.

That loved one was a man she looked to as a second father. He was just 55 when he died. While he lived, football was in his blood. He played in high school, then for the University of Florida.

“Tommy Durrance was vivacious, he loved life, loved dancing with his wife, and what was so tragic to me was that he had this post-concussive disease state,” Dr. Shoemaker said.

When Whitney’s son, Gunna,r told her he wanted to play football, she made a deal with him.

“I said you’re allowed to play in high school, but up until then, you’re not allowed to do any contact sport.”

Dr. Shoemaker wanted to make sure her son was playing safe, so she donated $10,000 of football equipment to his school including 25 helmets of the highest quality -- an NFL concussion study ranked them the best protection.

“So if I’m scared of losing him, then I’m going to fight it head-on, so I needed to do this,” Dr. Shoemaker said.

"You’ve got this Vicis helmet; it makes all the difference in the world,” the coach told us. 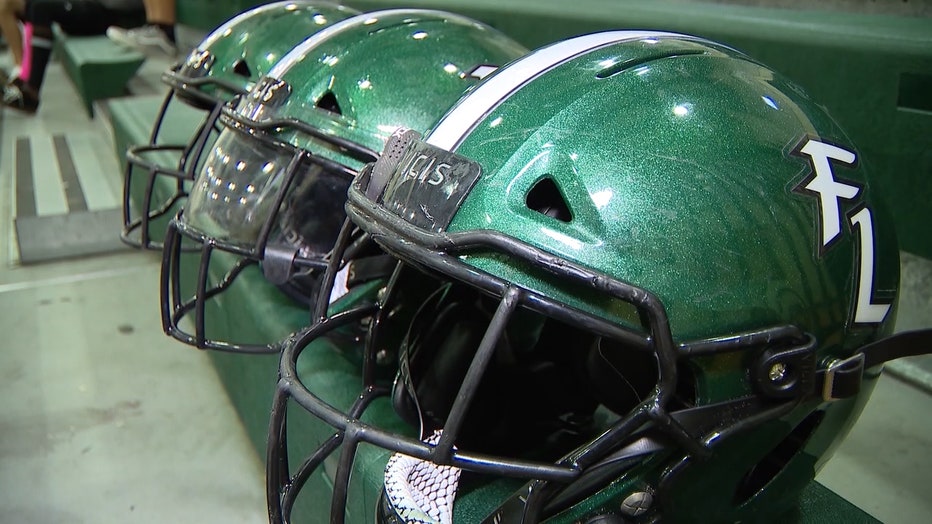 Dr. Shoemaker turned her motherly fear into something positive, by turning it into action. She said when the next crop of football players comes in next year, she would like to do it again and keep doing it.  She was called out to the field at Father Lopez at halftime on Friday, where she was presented with a framed varsity letter.

“This really makes it all worth it to me. This isn’t why I did it. These are my children, these are my sons and this is a cause that’s near and dear to my heart,” said Dr. Shoemaker.  This is my school. This is where I went and as long as I’m alive – these children will wear Vicis helmets.”