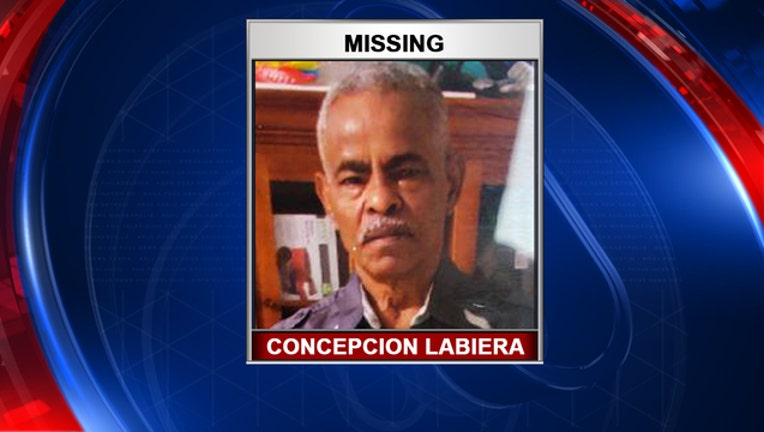 POINCIANA (FOX 13) - Officials are searching for a Poinciana man who suffers from Parkinson’s disease and dementia.

Polk County deputies said they have been searching for 72-year-old Concepcion Labiera since Monday afternoon. His daughter says he believes he is in Puerto Rico, rather than Florida.

They said he was last seen by his daughter who lives with him in the 600 block of Green Drive around 3:30 p.m. According to his daughter, he has wandered away before, but was always found shortly after.

When she realized he wasn’t home, she searched on her own, then called the Polk County Sheriff’s Office.
Labriera was last seen wearing a grey t-shirt, khaki cargo shorts and white sneakers with no socks. He is 5’5 tall, weighs 160 pounds and has brown eyes and grey hair. He doesn’t have a cell phone or any identification on him.