A 12-year-old rescued miniature horse from Ocala is a finalist to take over for the Cadbury Bunny.

OCALA, Fla. - His name is Ricky Bobby -- and he wants to be your next Cadbury Bunny.

The 12-year-old miniature horse from Ocala, Florida beat out thousands of other animals to become a top 10 finalist in Cadbury's search for their 2020 Easter Bunny.

"Ricky was meant to be a star," his owner Sara Hauenstein told FOX 35. "He knows he's hot stuff, but also one of the most loving, cuddly mini's I've known."

Ricky Bobby, named after the iconic character in "Talledega Nights," has been with Hauenstein since 2016. He was rescued by Regal's Legacy from an auction in Tennessee where Hauenstein says "kill buyers" were known to frequent. Ricky was brought to Florida for rehabilitation and has been Hauenstein's baby ever since. 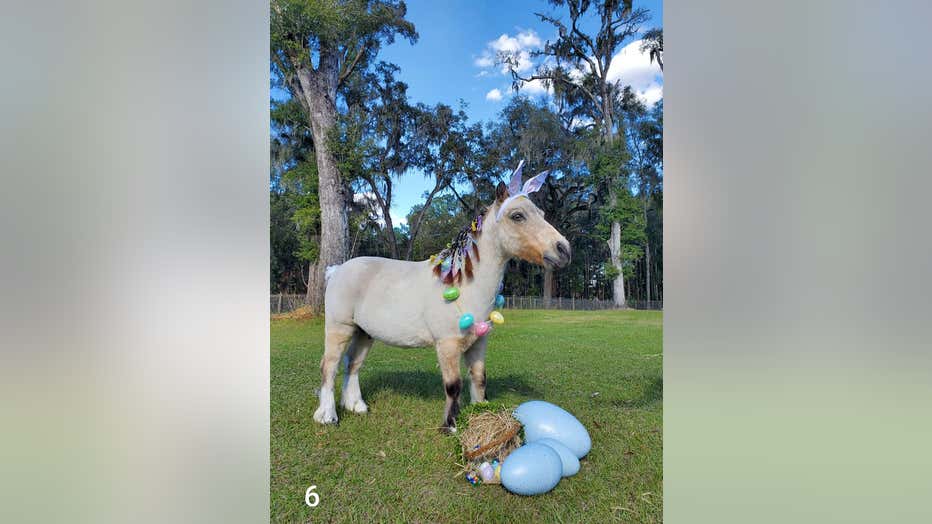 "His favorite things are treats and people!  He is extremely smart and very confident.  People fall in love with him very quickly."

RELATED: Daytona Beach pig is a finalist to be the 2020 Cadbury Bunny

When she heard that Cadbury was holding a contest to find their new mascot, she knew Ricky Bobby would be perfect for the job!

"I've always LOVED the Cadbury bunny commercials so when I heard they were having a contest again this year, I went out and bought Ricky some bunny ears. We dressed him up on Christmas Eve in bows and lights and drove him around the neighborhood to hand out candy canes so I knew the he would love the ears.  Once I put them on him, it was a done deal.  He looked so pleased with himself!" 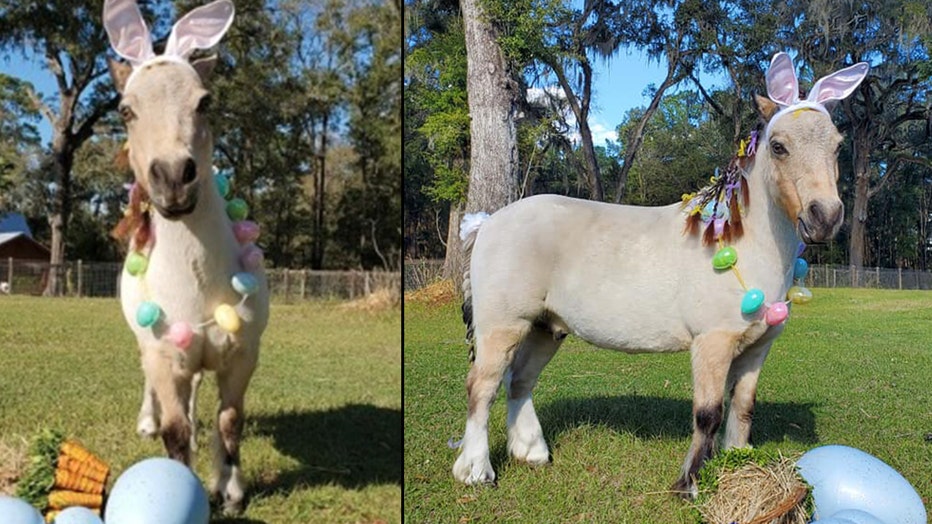 The winner of the competition will star in a national commercial for Cadbury and takes home $5,000. But that's not the only reason Hauenstein wants Ricky to wear those coveted bunny ears.

Some of the other competitors include a 2-legged dog named Lieutenant Dan, a miniature pig from Daytona Beach named Ducksong, and a 24-pound cat named Lunchbox.

You can cast your vote for Ricky Bobby HERE. Voting is open through March 18.