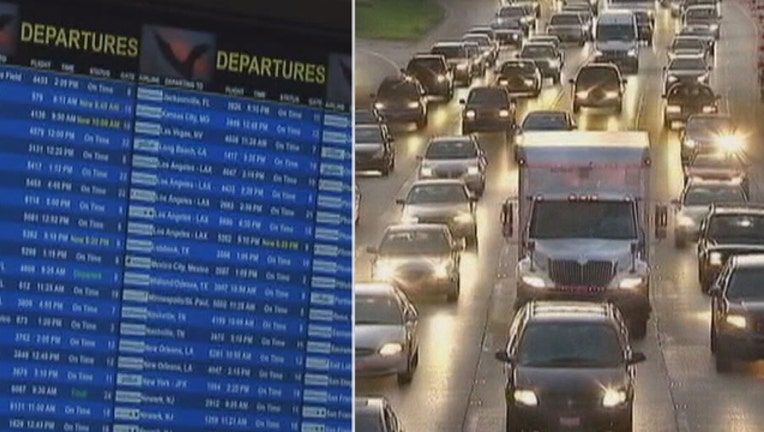 WASHINGTON (FOX 5 DC) - You can expect the D.C. region's normal congestion to be a lot worse Thursday and Friday as travelers hit the roads, rails and skies ahead of Christmas.

AAA Mid-Atlantic says those two days are expected to be the busiest travel days of the holiday season. The organization predicts 112.5 million people will travel for the year-end holidays resulting in an over four percent increase from last year.

Of those traveling, over 100 million will hit the roads and nearly 7 million will fly. The group say nearly 4 million will use trains, buses and will board cruise ships.

With heavy rain coming down in the D.C. area during the Thursday evening rush, commuters driving on the roads or flying out at airports encountered delays.