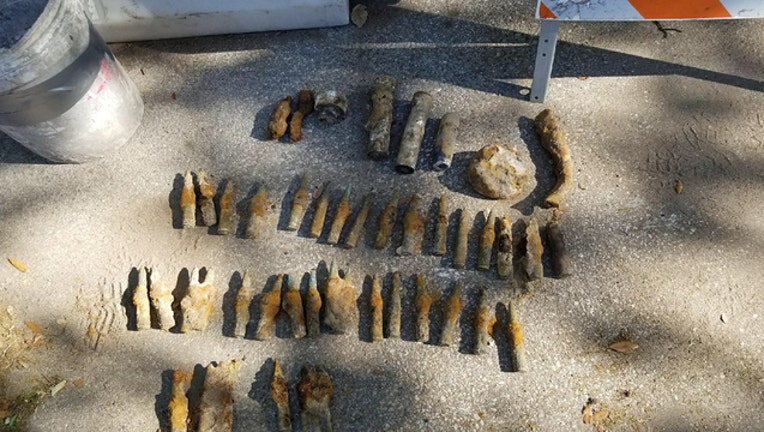 When crews arrived at Orlando Fashion Square around 2 p.m., they discovered more than three dozen military shell casings had been unearthed.  Patrick Air Force Base is now in possession of the these items, authorities say.  No one was injured.