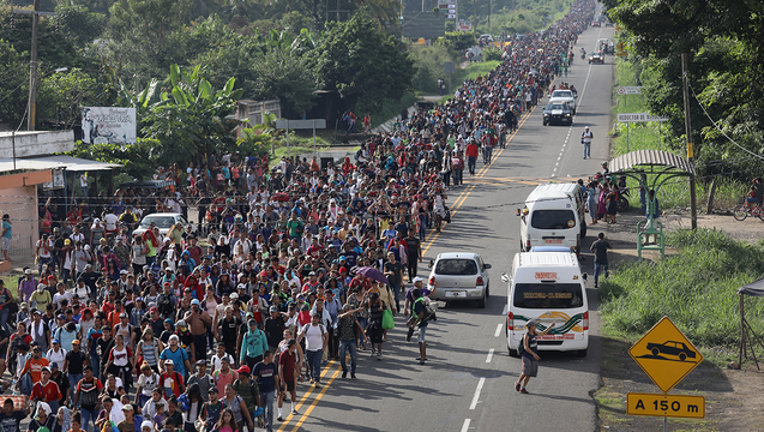 FOX NEWS - More than 500 criminals are traveling with the migrant caravan that’s massed on the other side of a San Diego border crossing, homeland security officials said Monday afternoon.

The revelation was made during a conference call with reporters, with officials asserting that "most of the caravan members are not women and children". They claimed the group is mostly made up of single adult or teen males and that the women and children have been pushed to the front of the line in a bid to garner sympathetic media coverage.

“All legal options are on the table and we have been negotiating with all our partners in central America with ways to deal with the caravan," one official said when asked about reports that the U.S. government is planning to make asylum-seekers remain on the Mexican side of the border while their claims are being reviewed.

Homeland Security officials say there are currently 6,000 people in Tijuana waiting to be processed at the San Ysidro border crossing, with more on the way.