Former first lady Michelle Obama, NASA mathematician Katherine Johnson and soccer icon Mia Hamm are among the inductees for the 2021 class of the National Women’s Hall of Fame.

WASHINGTON (AP) - Michelle Obama is knitting and thinking about retiring from public life.

The former first lady says in a new People magazine interview that she picked up knitting needles to pass time during the coronavirus pandemic. And now she's hooked.

"Knitting is a forever proposition," she said. "You don’t master knitting, because once you make a scarf, there’s the blanket. And once you do the blanket, you’ve got to do the hat, the socks."

"I’m figuring out how to make sleeves and a collar," she said. "I could go on about knitting!"

The former first lady also talks about how the pandemic helped her and her husband reclaim "stolen moments" with Malia, 22, and Sasha, 19, who both returned home from college to quarantine with their parents at the family homes in Washington and Martha's Vineyard, Massachusetts.

Mrs. Obama also discusses what she says is the "low-grade depression" she experienced during the pandemic lockdowns and after George Floyd's killing by Minneapolis police last May, along with her shift away from high-impact exercise and what she wants out of retirement. 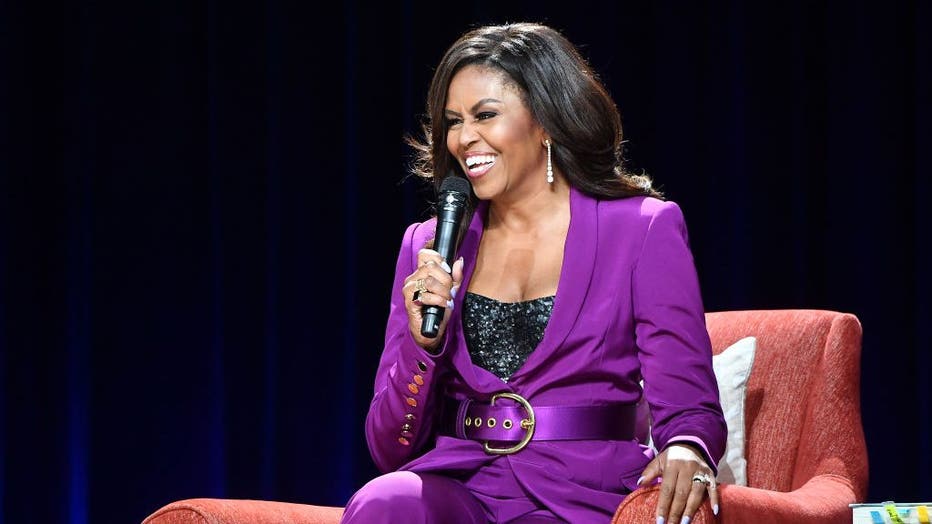 The woman whose buffed biceps and exercise workouts went viral during her time as first lady said she taught herself to be a better lap swimmer during quarantine "because I’m finding in my old age that the high-impact stuff I used to do doesn’t work." Michelle Obama is 57.

Now that Malia and Sasha are independent, young adults, Mrs. Obama said she enjoys that their conversations have become more "peer-oriented than they are mother-to-daughter."

"I’ve been telling my daughters I’m moving towards retirement right now," she said, adding that she's choosing her projects and chasing summer. Her new Netflix children’s food show, "Waffles + Mochi," premieres Tuesday, and the Obama Presidential Center is under construction in Chicago.

"Barack and I never want to experience winter again," Mrs. Obama said. "We’re building the foundation for somebody else to continue the work so we can retire and be with each other, and Barack can golf too much, and I can tease him about golfing too much because he’s got nothing else to do."