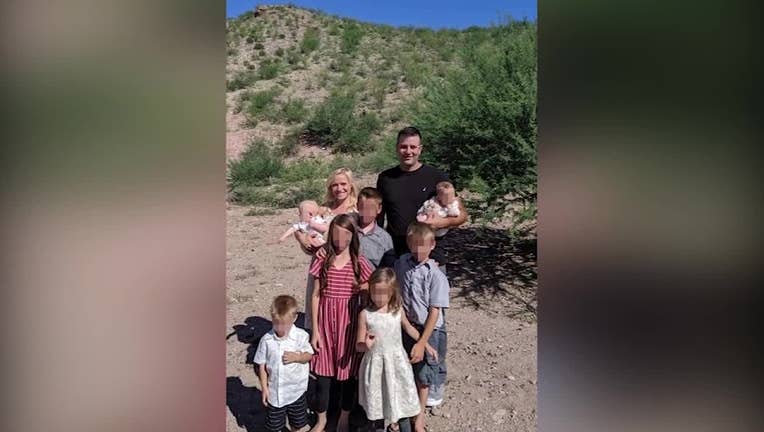 A major military operation Sunday jointly carried out by three branches of the Mexican armed forces netted several suspects accused in the November massacre that claimed nine members of a well-known Mexican-American family believed to have been targeted by a drug cartel, federal authorities in the country said in a statement.

The federal attorney general's office didn't specify how many suspects were rounded up in the military show-of-force, however, local newspaper El Universal reported at least three were arrested.

It's the third time the Mexican government has announced arrests in the case. In at least one of the previous cases, it was later determined those arrested were not linked to the massacre.

Nine members of the LeBaron family — who lived in a faith-based community in La Mora, northern Mexico and had dual U.S.-Mexican citizenship — were shot to death Nov. 4 by suspected drug cartel gunmen.

The six children and three women who died in the shocking ambush were part of a decades-old settlement in Sonora state founded as part of an offshoot of The Church of Jesus Christ of Latter-day Saints, located around 70 miles south of Douglas, Ariz. The family members were traveling on a remote dirt road in broad daylight when gunmen sprayed their three SUVs with bullets.

A GoFundMe has been set up for members of the LeBaron and Langford families.

The first suspect, arrested near the U.S.-Mexico border a day after the killings, was determined not to be linked to the attack, despite reportedly being found with four assault rifles and two hostages bound and gagged in a bulletproof vehicle, Security Secretary Alfonso Durazo said at the time.

Then, in mid-November, authorities announced an undisclosed number of arrests related to the massacre amid competing reports about which cartel may have been behind the shooting and Mexican authorities' apparent struggle to track down those responsible for it.

While it’s unclear which groups are the focus of the investigation, Mexican authorities have mentioned several cartels operate in the area, including La Linea, Los Jaguares and Jalisco Nueva Generacion. La Linea, the armed wing of the Juarez drug cartel, was initially believed to be involved.

The Mexican government has suggested the families may not have been the target of the attack, claiming the gunmen possibly mistook the families’ large SUVs for those of a rival gang. Officials have noted the ongoing, violent turf war between cartels in the region, however, some relatives of the deceased and at least one prominent former Mexican official insist the LeBaron family was hit by design.

President Trump called on Mexico to wage "war" on the drug cartels following the attack and vowed to designate Mexican drug cartels as terrorist organizations, something some in the LeBaron community urged him to do.

Fox News' Stephen Sorace and The Associated Press contributed to this report.