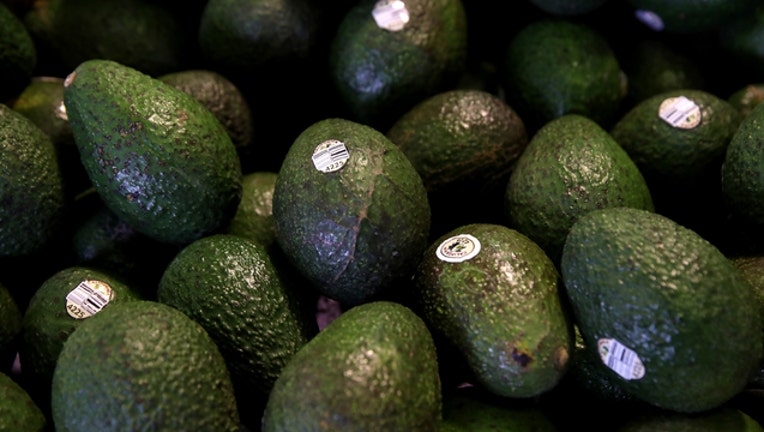 URUAPAN, Mexico (AP) - The baby avocados in Enrique Bautista’s vast orchard in western Mexico will grow to maturity, eventually, and be shipped out of Mexico.

What remains to be seen is how many of those green gems will reach consumers in the United States if President Donald Trump makes good on his promise to slap duties on Mexican exports should the country fail to stem the tide of immigrants trying to reach the U.S.

The potential Trump tariffs would hit U.S. avocado lovers more than Mexican producers, Bautista said. Demand north of the border for Mexican avocados has proven very static: even when prices expand four-fold during the year, the fruit is still scooped up by U.S. devotees of avocado toast and guacamole.

Producers in Mexico believe a 5% — or even 25% — U.S. tariff on avocados will do little to dampen their sales.

“I think the bigger risk is for U.S. consumers” having to pay higher prices, said Bautista, 69, a second-generation avocado grower whose father was an early exporter of the fruit that has become a staple in the diets of millions of Americans.

The popularity of avocados has won the spreadable fruit the nickname “green gold” in Mexico, the world’s top producer.

The U.S. is the top export market for Mexican avocados, according to USDA data, consuming more than 74% of total exports. Japan absorbs at least 6% and Canada another 7% of the Mexican crop.

“Fortunately, the avocado is a fruit that’s in demand more every day around the world, that’s consumed in many other countries,” said Bautista, who gave The Associated Press a tour of his orchard in Uruapan in Michoacan state on Saturday. His avocados are shipped entirely to the U.S.

Production in California typically covers U.S. demand for avocados this time of year. But the 2019 crop in California was weak, with some growers reporting total failures due to record high temperatures last summer that destroyed much of the young fruit before maturity.

The California avocado season also started late, so Mexican producers have shipped much of their produce north since April in what is considered low season for Mexican avocados.

“We are living in a sellers’ market,” said Humberto Solorzano, a third-generation avocado producer also in Michoacan, where 80% of Mexican avocados are grown.

A weakening peso will shield U.S. consumers from higher avocado prices in the near-term, Solorzano figured, but eventually the cost of any tariffs would be absorbed throughout the supply chain, landing mostly on U.S. consumers. The peso plunged more than 3% against the dollar on Friday in the wake of Trump’s tweet promising tariffs on all Mexican goods.

On Friday, Mexican President Andrés Manuel López Obrador dispatched his foreign secretary to Washington to try to negotiate a truce and point out what Mexico has done to stem the flow of migrants. It has stepped up raids on migrant caravans traveling through the southern states of Chiapas and Oaxaca this year. It has deported thousands of migrants and frustrated thousands more who wait endlessly for permits that would allow them to travel legally through Mexico.

Solorzano said exporters are looking for assurance despite the avocado’s privileged status as a “super-food.”

Frustrated by wild swings in Mexican avocado prices, Solorzano launched a mobile application in September that allows producers to share price information. AvoPrice already has 700 users, between packers and producers.

Producers here say the latest Trump missive has rattled the avocado market less than the president’s April threat to close the U.S.-Mexico border entirely — also because of record numbers of migrants, especially from Central America.

The U.S. consumer needs Mexican avocados, he said: “They don’t have another supply option.”