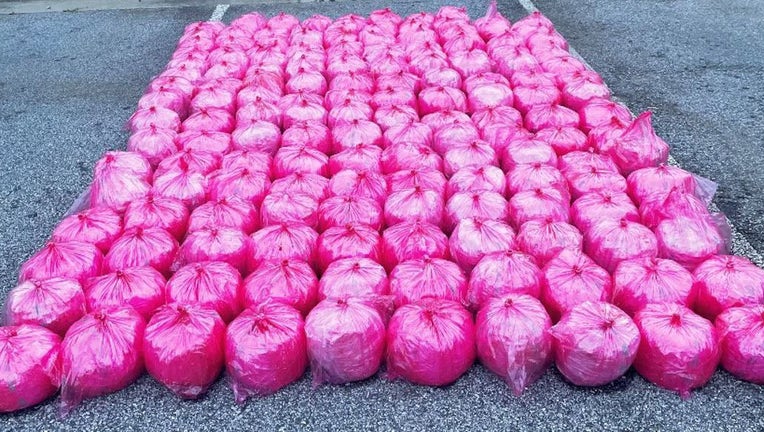 WASHINGTON - U.S. Customs and Border Protection (CBP) officers made a major drug bust when they confiscated over $35 million in methamphetamine in a tractor-trailer transporting strawberry purée, according to a release from the agency on April 22.

Authorities say a CBP officer assigned to the World Trade Bridge in Laredo, Texas, spotted the tractor-trailer coming from Mexico carrying a shipment of strawberry purée on April 12.

CBP officers conducted a search of the vehicle and found approximately 158 packages containing nearly 1,761 pounds of alleged methamphetamine hidden within the shipment of the purée.  Officials say the drugs have a street value of over $35.2 million.

"This mammoth seizure of methamphetamine underscores the reality of the drug threat we face at the port of entry and the determination of our frontline officers to apply the latest inspections technology coupled with officer experience to keep our border secure," Port Director Albert Flores, Laredo Port of Entry said in a statement.

The CBP says the seizure of the drugs remains under investigation.