For some parts of the world, the January's first full moon will be accompanied by a penumbral lunar eclipse.

Stargazers, look up: more than one cosmic event is happening in May, including a meteor shower and the first total supermoon eclipse since 2019.

Throughout the month of May, the eta Aquariids meteor shower, which comes from remnants of Halley’s comet, will be visible from North America, according to the American Meteor Society, and will reach maximum activity the mornings of May 5-6.

"Viewing circumstances for the eta Aquariids are best for those located in the southern tropics where the source of these meteors rises highest in a dark sky. Most observers in the northern hemisphere have only a one to two-hour window prior to dawn to view these meteors," according to the organization. 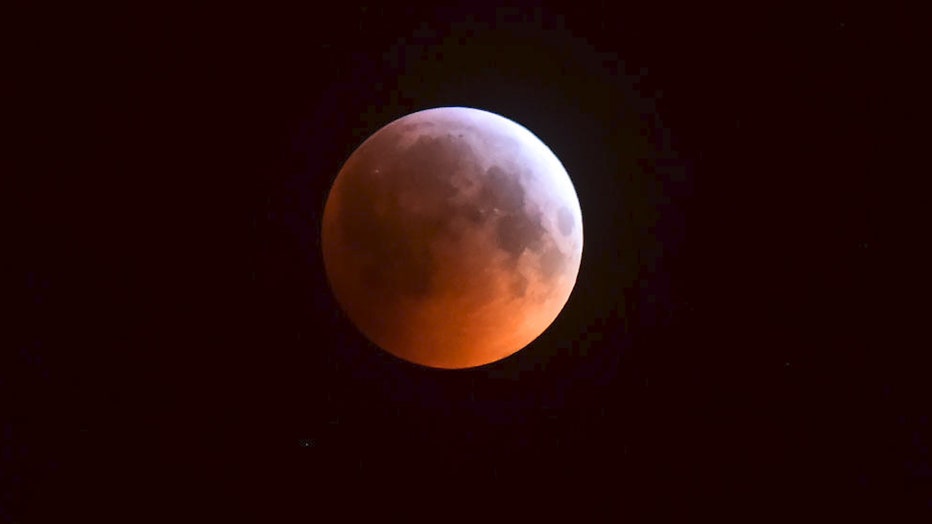 RELATED: ‘It is an exciting time for our space program’: Harris to lead National Space Council

Conditions for viewing the shower are far better than they were in 2020, according to AMS, because a "much less bright waning crescent moon will be located 10 degrees south of the radiant at maximum activity," the American Meteor Society said.

Spectators should look toward the north or south of the moon in order to avoid direct moonlight.

"This will allow you to see the most possible activity which should be near 5-10 per hour from mid-northern latitudes to up 20 per hour for southern tropical locations," according to AMS.

Remnants from Halley’s comet circle the solar system and encounter Earth twice each year in the form of meteors, with the eta Aquariids happening in May and the Orionids in October.

Then, later in the month, the first total supermoon lunar eclipse since January 2019 is happening, according to Accuweather.com.

A total lunar eclipse is when "the sun, Earth and moon align perfectly," according to Accuweather.com. Interestingly, the moon has a tendency to turn red in the middle of a total lunar eclipse, with some referring to the event as a "blood moon."

The moon will be full and will be the closest to Earth at 3,57,311 k.m., which also makes it a supermoon, according to Weather.com. This will be the second supermoon of the year.

For those wishing to view the full cosmic event on the morning of May 26, dwellers on the West Coast will probably fare better than those living on the East Coast.

Those who miss out on the lunar event shouldn’t get too discouraged, because an encore of the same total lunar eclipse will take place Nov. 18-19, 2021.

"This will fall just short of being a total lunar eclipse with 97% of the moon passing through Earth’s dark inner shadow," according to Accuweather.com.

All of North America will get a chance to see about 97% of the total lunar eclipse, as well as parts of South America, New Zealand, Australia and eastern Asia.

Meanwhile, stargazers can look forward to seeing Mercury, often referred to as the most "elusive planet," without a telescope for the first few weeks of May.