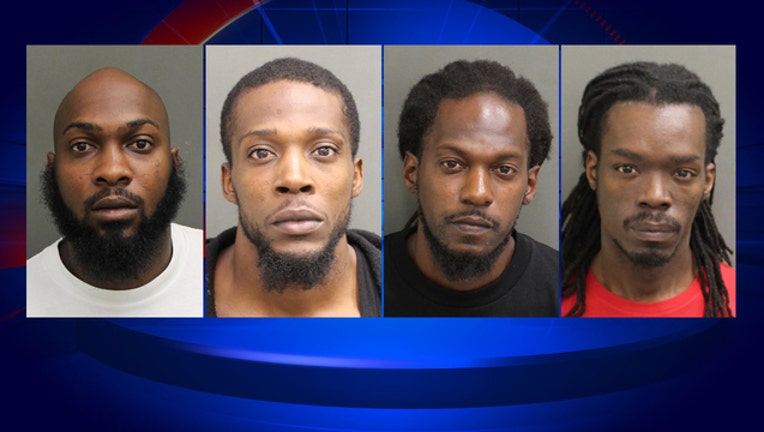 ORLANDO, Fla. (NSF) - Four men have been arrested on charges that they broke into Central Florida stores and stole more than 150 guns --- many of which were quickly sold in the Orlando area, Attorney General Pam Bondi’s office said Thursday.

The arrests came after an investigation by agencies including the Federal Bureau of Alcohol, Tobacco, Firearms and Explosives and the Florida Department of Law Enforcement.

The federal agency began investigating burglaries of gun dealers in late 2016 and in 2017. Bondi’s office said some of the burglaries involved similar methods, such as using sledgehammers and pry bars to enter buildings.