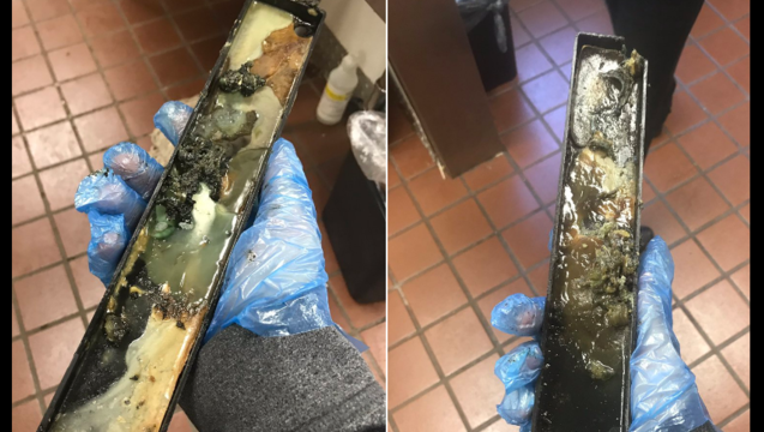 LA PLACE, La (FOX NEWS) - McDonald’s is caught up in a McFlurry of bad press after an employee posted revolting images of the store’s moldy ice cream tray.

The employee, Nick, said he took the photos at the McDonald's in La Place, La., where he had been working for five months.

Nick told BuzzFeed that he took the pictures two weeks ago, wrestling with whether or not to post them. Eventually he decided to ahead and post the images to his personal Twitter account because “the working conditions were ridiculous — everyone was inappropriate and nothing was clean.”

He continued by saying: "I shared it because I wanted to let people know what they’re consuming, and how disgusting the conditions are.”

Nick said he was fired after posting the photos. They are still posted on his Twitter account.