Many businesses are modifying public spaces as reopening begins. FOX 35 News followed one company as they installed clear barriers to protect against COVID-19.

The item is a shift from displays the shop typically makes.

He said once Publix announced it was installing sneeze guards at its registers, the demand at his shop increased.

“Once Publix announced that they were putting up sneeze guards, it seems like everybody else fell in line. Everybody who had a cash register now needs a sneeze guard,” he said.

He said filling the orders can be tricky as stock for the material is changing by the minute. 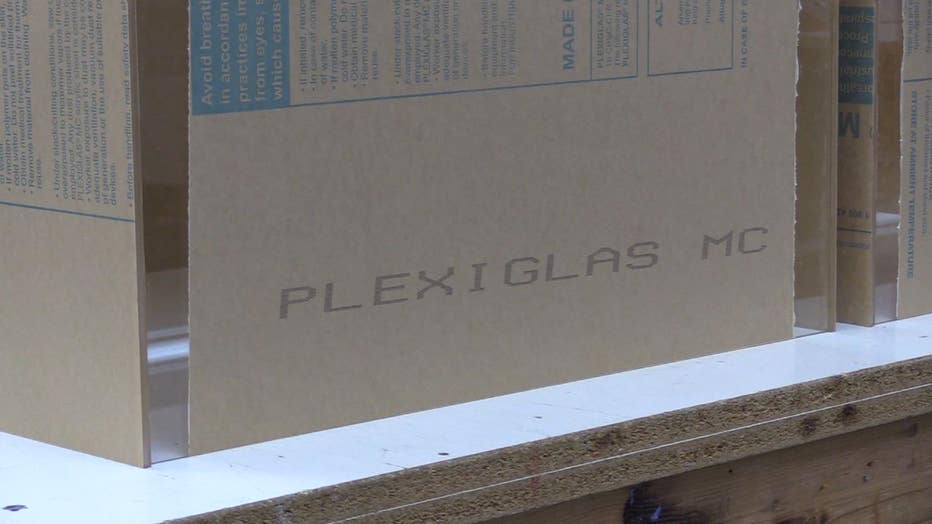 Vendors are running out fast as the demand booms.

“If it’s not stocked on a vendor's floor, they’re talking about 12-16 weeks for new material,” he said.

That’s why when giving an estimate, he urges customers to move quickly.

“There’s definitely a struggle keeping up with the supply, and I’ve been telling my customers, ‘When I send you an estimate, I can’t guarantee beyond hitting the send button that the supply would be available,’” he said.

Because of the uncertainty, he stocks up more than usual.

“Mainly, what I’ve been doing is trying to stock more material. Usually we would only order material we have fabrications on the book for,” he said.

Still missing out on tradeshow season business, Miranda said the new clients are shielding the shop from going under.

“If we weren’t doing barriers and shields, we’d be dead,” he said.