The homeowner did not even hear the sinkhole open up until he got a call from the Sheriff's Office.

DELAND, Fla. - A massive sinkhole opened up in a yard in Volusia County.

The homeowner said that the 40-foot by 20-foot sinkhole even swallowed a big tree.

He also said that he did not even hear the sinkhole open or the tree collapse. He was unaware of the sinkhole until the Sheriff's Office told him.

MORE NEWS: Parents and students battle back-to-school anxiety, here are some warning signs to look out for

"My wife is terrified, every night and everyday she's just terrified of it getting bigger and really affecting our life," homeowner Rosario Rizzo told FOX 35. 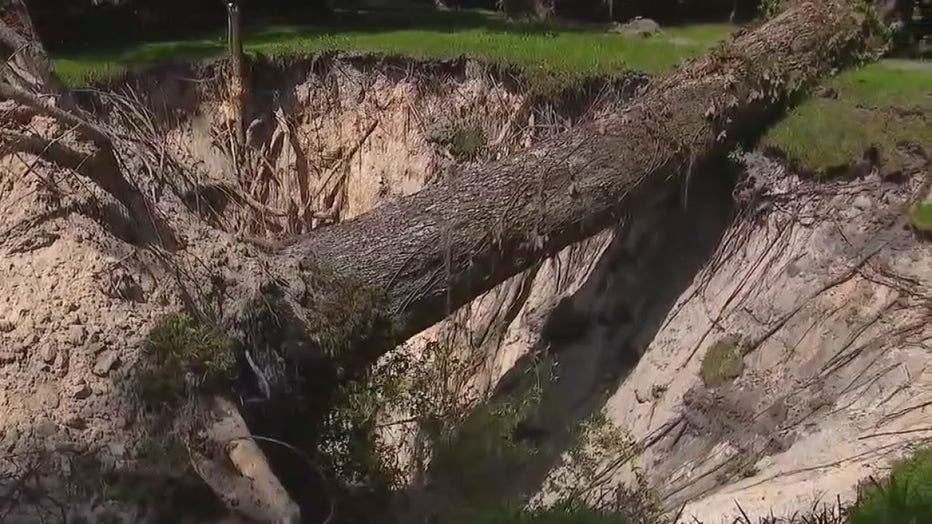 He added that there are other smaller sinkholes nearby.