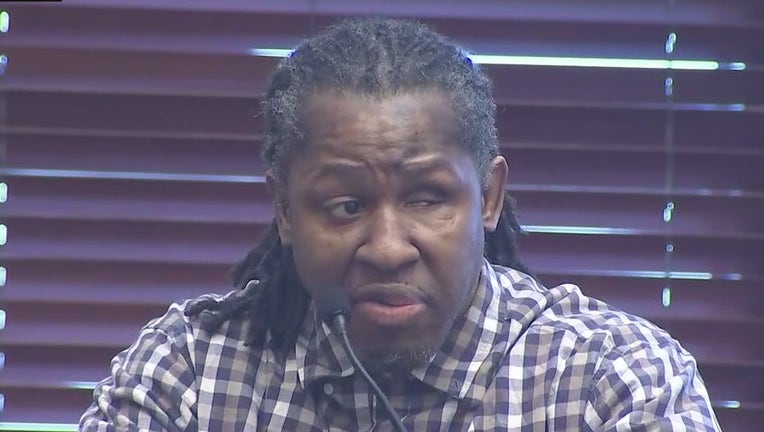 Loyd is accused of shooting Orlando Police Lieutenant Debra Clayton in 2017 as she tried to arrest him outside of a Walmart near Princeton St. and John Young Parkway. He had been on the run after the murder of his ex-girlfriend Sade Dixon.

On Monday, the defense put a private forensic consultant on the stand. They concentrated on a bullet that was found after CSI cleared the scene at the Walmart where Clayton was shot. The expert explained that, in his opinion, the bullet came from Clayton's gun. However, the state's experts said that they cannot say with certainty whose gun the bullet came from or if it is even from this specific incident.

Markeith Loyd cried in court on Monday as one of the defense experts testified.

For the state, one of Sade Dixon's brothers testified via Zoom as a rebuttal witness. He was also shot by Loyd that day his sister was murdered.

RELATED: Markeith Loyd takes the stand in his murder trial

Over the weekend, Loyd took the stand to defend himself.

He claimed that he pulled the trigger because he was afraid that the police wanted to kill him.

Loyd also said that Clayton fired first and ran away, shooting backward. He explained that while he fired back, he left her alive though.

"Debra was still alive when I left. I didn’t finish her off," Loyd said. "I’m not a killer. I don’t eat meat for that reason. I don’t believe in killing God’s creation."

However, Orange County Sheriff John Mina says that it not the case. He tweeted that he has seen the surveillance video at the Walmart the shooting took place. He said that it showed Clayton was killed "execution-style" as Loyd fired round after round into her.

Loyd is already serving a life sentence for the murder of his pregnant ex-girlfriend Sade Dixon.