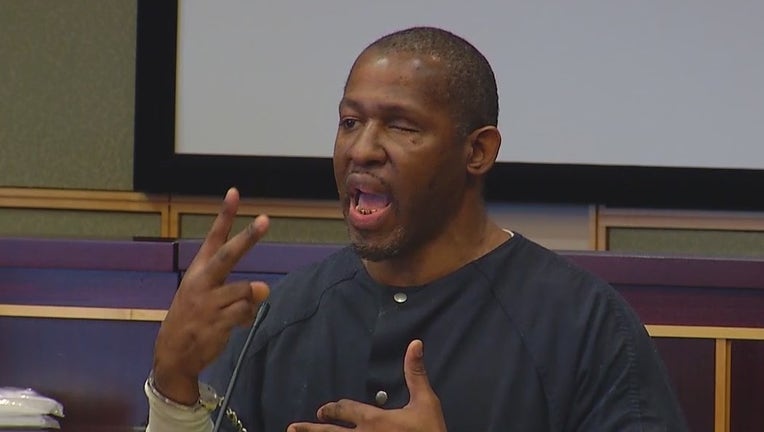 ORLANDO, Fla. - The man convicted of killing Orlando Police Lt. Debra Clayton has been involved in an altercation at the Orange County Jail, authorities said.

The incident is reported to have happened on Friday between Loyd and corrections officers. Details were not immediately released.

FOX 35 News sources said a corrections officer received a concussion after Loyd allegedly attacked two of the officers. Jail officials said, at this point, there are no additional charges.

Lt. Clayton was killed in 2017 outside an Orlando Walmart as she tried to arrest Loyd for killing his pregnant ex-girlfriend, Sade Dixon.

The 46-year-old Loyd was found competent to proceed with sentencing last week and is expected to learn his fate – either life in prison or the death penalty – on Thursday.

Lt. Clayton’s family told the court they agree with the jurors’ decision of the death penalty.

Loyd is already serving a life sentence for Dixon’s murder.