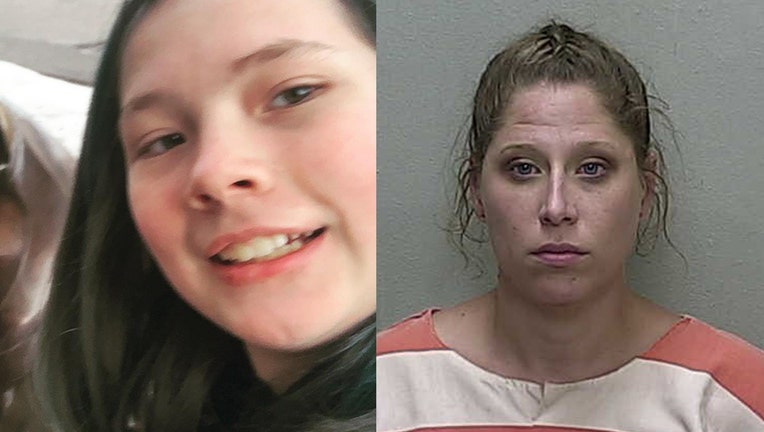 All parties have been located, according to deputies.

Deputies say Rebecca was removed from the home of her mother, Katelyn Sheneman, by Department of Children and Families (DCF) due to an unsafe home.

According to a press release, on April 25, after Sheneman was released from jail, she went and took Rebecca from the location where she was staying.

Rebecca's last known address is 4050 NE 4th Terrace in Ocala. She is described as 5-feet tall and weighs around 90 pounds. She has brown hair and brown eyes.

They were last seen in a newer model white truck.

If you have any information on Rebecca’s or Sheneman’s whereabouts, please call 911.