FHP said the crash happened on I-75 northbound near milepost 337 in Marion County, just north of the Sumter County line.

According to FHP, a Subaru and a tractor-trailer pulling a dump trailer were traveling south on I-75. At some point both vehicles came in contact with each other. After the initial contact, both cars traveled south eastward through the center median guard rail, into the northbound lanes.

When the cars entered I-75 north, a series of collisions happened involving a Ram 3500 and a Chevrolet SUV.

When the tractor-trailer and Subaru came to a stop, both became engulfed in fire. 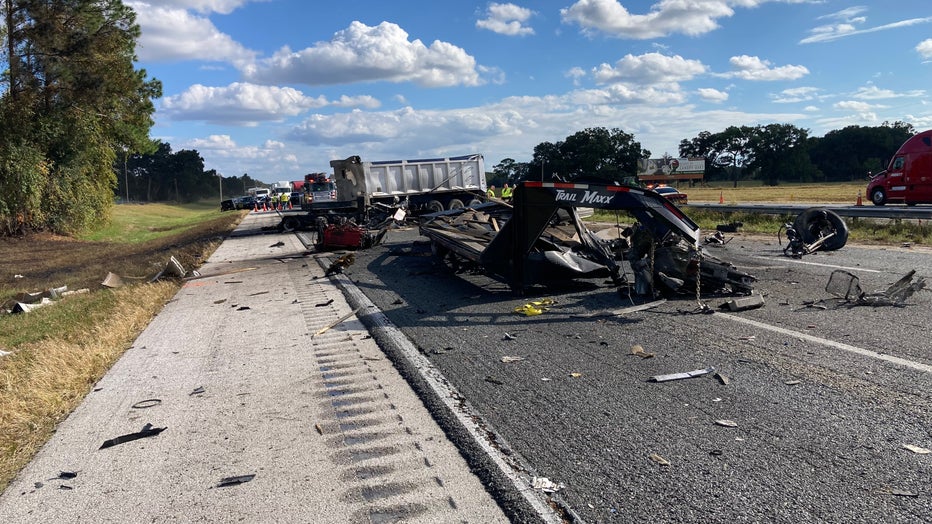 The drivers of the tractor-trailer, Ram 3500, and Chevrolet SUV were pronounced dead at the scene.

The driver of the Subaru and the passenger of the Ram 3500 were both transported to local hospitals.

All northbound lanes were closed for several hours as FHP advised travelers to seek alternate routes.

Troopers were also diverting traffic to the southbound lanes off of the interstate.