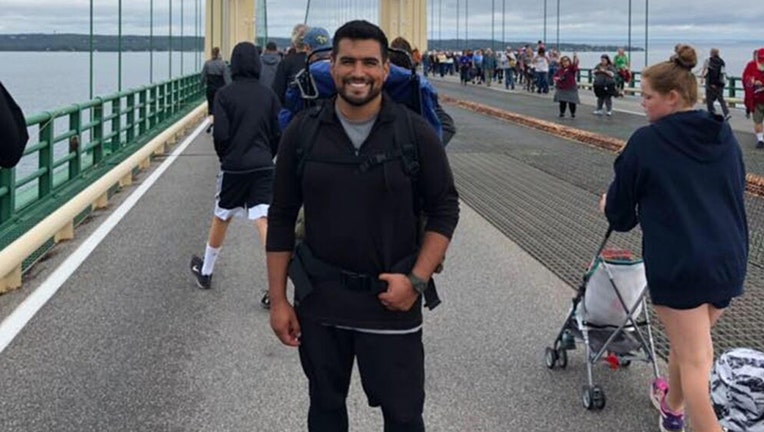 LAKE MICHIGAN, Mich. - In the last month, a Michigan Marine veteran has been raising awareness for veteran suicide after the loss of one of his brothers.

As the issue to help veterans returning from combat and keep them from committing suicide is growing nationwide, Snyder said his mission is to be a healer and do his part for the greater good.

“It’s never wrong to run on faith and take a chance on something, especially if you believe in that,” Snyder told FOX 17 at the start of the mission. “For those that are following and have been a part of this journey with me, if you are hurting, I want them to know that they have a purpose. They have a reason to stay. They are needed. They’re wanted and they’re loved.”

Snyder, who served in Afghanistan as a corporal from October 2017 to April 2018, chronicled his journey on his Facebook page.

"I'm still getting messages and phone calls from people who just want to talk and share their story," Snyder told ABC News. "Just when I think I understand the magnitude, I learn more."

On Monday, he arrived in Manistee accompanied by three fellow Marines and a small crowd of supporters who walked the last few miles with him.

In his final post, he wrote: "This is our main objective; to bring a light to a situation that needs answers, and needs attention. You and I are to be that light, and to help those that are combating those challenges everyday. Together, we will make a tremendous difference."