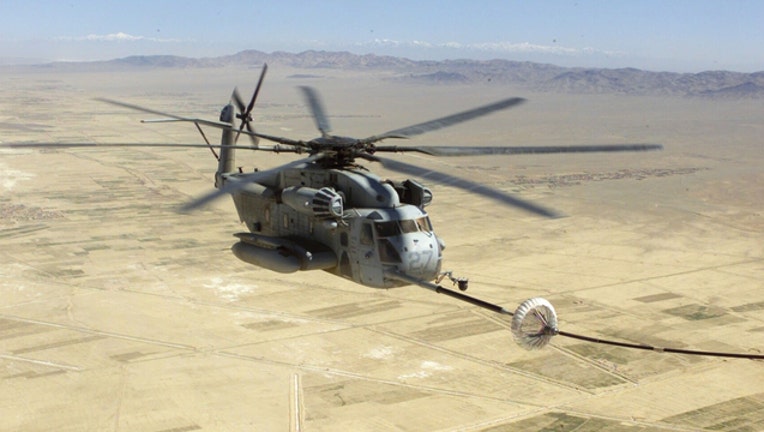 SAN DIEGO (AP) - A Marine helicopter has crashed during a Southern California training mission and authorities believe all four crew members were killed.

The military says the CH-53E Super Stallion went down shortly after 2:30 p.m. Tuesday near El Centro.

The helicopter was with the 3rd Marine Aircraft Wing out of the Miramar air station near San Diego.

The cause of the crash is under investigation.

Authorities aren't releasing the names of the victims or their home towns.