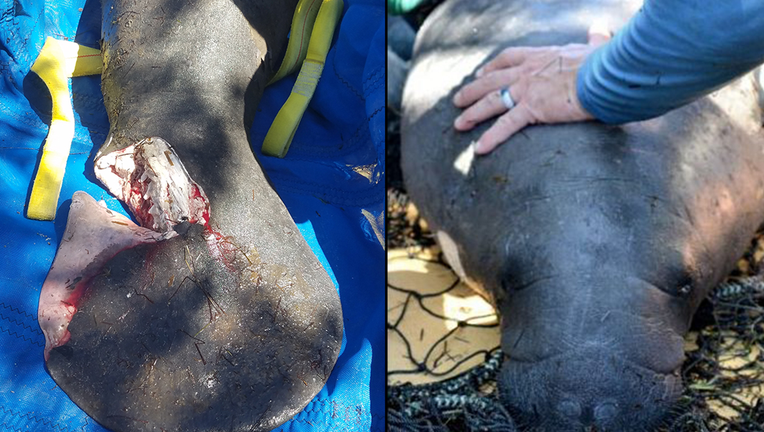 Manatee injured after being hit by boat propeller.

MIAMI, Fla. - A female manatee was rescued on Sunday after being found with a severe injury to her tail caused by a boat propeller.

The manatee was rescued by the Dolphin Research Center and the Florida Fish and Wildlife Commission (FWC) and brought to the Miami Seaquarium.

"The 7-foot long female suffered a deep gash on the left side of her tail paddle from being hit by a boat," the Dolphin Reseach Center said on Facebook. "She was rescued from the Plantation Key area, Bayside. The FWC transported her to Miami Seaquarium for treatment and rehabilitation." 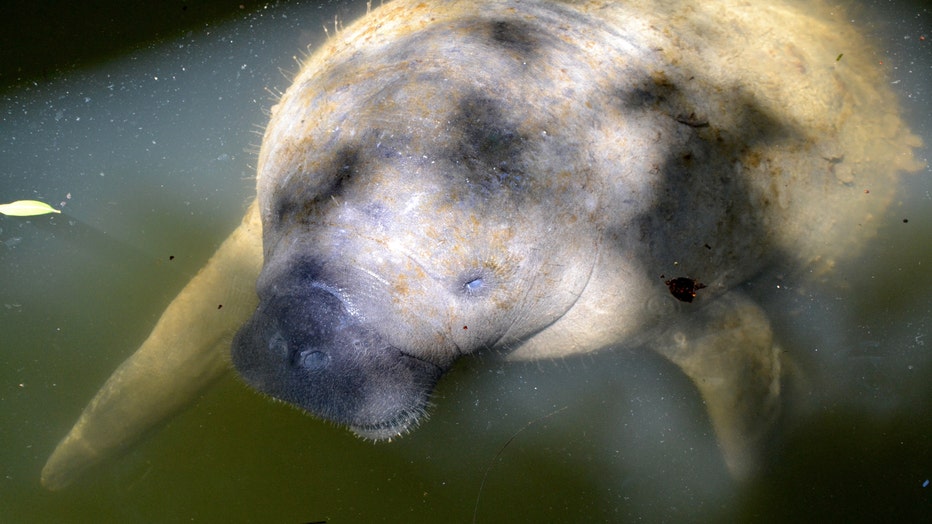 A manatee is being treated after being hit by a boat propeller. (Matt Heyde)

Photos provided to Fox 35 by Matt Heyde show the team rescuing the injured manatee from the water.

The wound was treated and the manatee is being given antibiotics. She is currently in guarded condition, but is swimming with another manatee in the facility's recovery pools.

Staff member have named her "Spookey" because she is from the Florida Keys.

According to FWC, about 25-30% of manatee deaths statewide are caused by watercrafts. 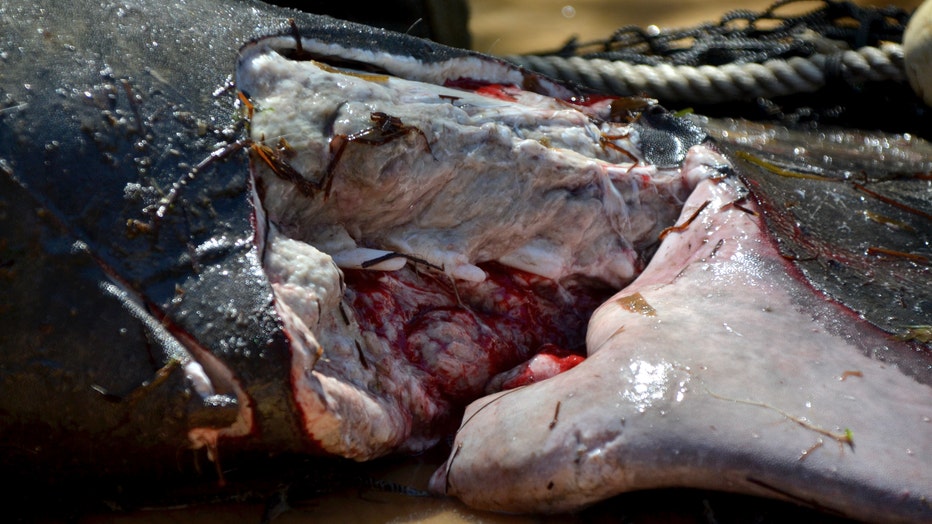 A manatee is being treated after being hit by a boat propeller. (Matt Heyde)

"The faster a boat goes, the more force is applied to a 'strike,'" according to the FWC website. "If a watercraft strikes a manatee in the head, such as while the animal is taking a breath, the animal may die immediately. Strikes in other areas can result in acute injuries that quickly result in death but also can result in chronic injuries that linger for days, weeks, or longer before the manatee finally succumbs. Internal injuries, such as broken or dislocated ribs, can result in death from internal bleeding or infection."