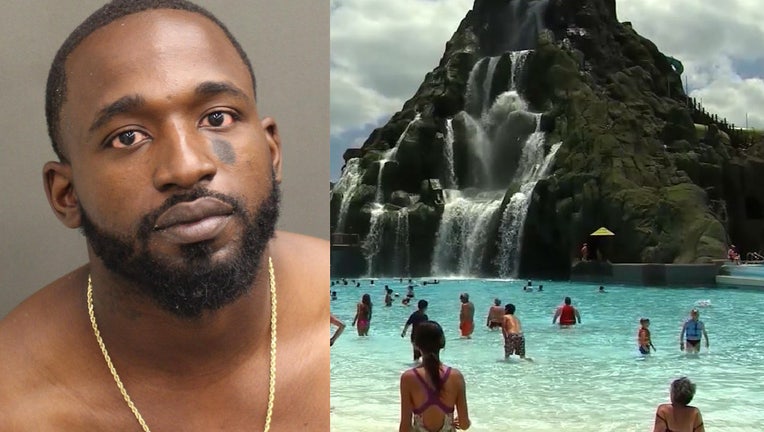 ORLANDO, Fla. - One man took last call to the next level when he allegedly walked behind the counter of a closed restaurant at Universal's Volcano Bay water park in Orlando, Florida, and poured himself a drink, according to an Orange County arrest report.

On June 22, at 8:30 p.m., deputies said a security officer noticed the door to one of the resort's closed restaurants, Krakatoe Katy's, was broken. After reviewing security footage from within the restaurant, a man, later identified as Thomas Burage, 32, of Illinois, was seen on video entering the restaurant through an unlocked door and grabbing a cup behind the counter to pour him a drink estimated to be $50.

After pouring himself the drink, he tried to leave through the restaurant's exit doors, but since they were locked, he slammed his shoulder against the door a few times, causing the locks to break and doors to open, the affidavit stated.

While being detained for questioning until Orlando police arrived, Burage reportedly admitted to security that he "f**ked up" and that he shouldn't have gone into the closed restaurant, the affidavit stated.

Burage was arrested on one charge of petty theft and two charges of burglary.

The door he reportedly broke was approximately $1,700.