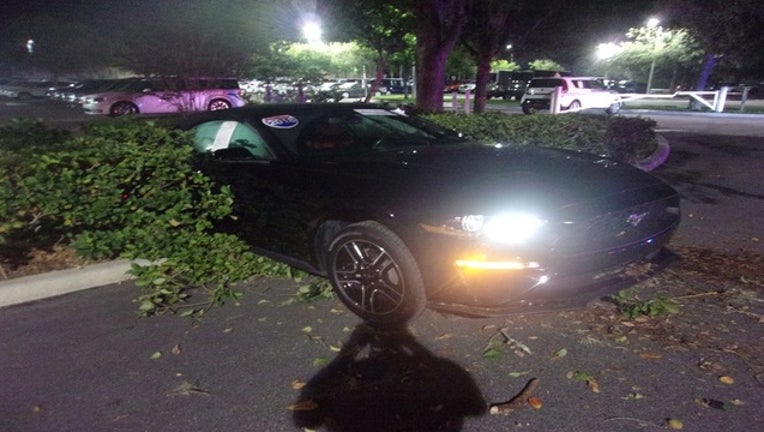 One suspect is a juvenile, while the other has been identified as Hollins Mills, 19.

Deputies say it all started at around 4:30 a.m. when Flagler deputies got a call from a Palm Coast Ford dealership in reference to multiple stolen cars.

The caller, a security guard at the dealership, called 911, saying that multiple suspect were trying to steal at least two Mustang convertibles and that one of the car had just crashed in the parking lot, disabling it.

As that was happening, other Flagler deputies saw a black Mustang without a license plate that appeared to have been stolen from the same dealership.

They say the car merged onto Interstate 95 as deputies followed.

Volusia deputies joined in on the pursuit and deployed stop sticks on Interstate 4 in the path of the Mustang, deflating a rear tire.

Officials say the Mustang still traveled westbound on I-4 and exited onto Orange Camp Road in DeLand.

The Mustang came to a stop on Martin Luther King Jr. Boulevard, where deputies say the 19-year-old driver and his teenage passenger tried to run away.

After a brief search, deputies were able to take both suspects into custody.

The suspects are facing charges in both counties.

Deputies say they are still searching for other suspects in the case.