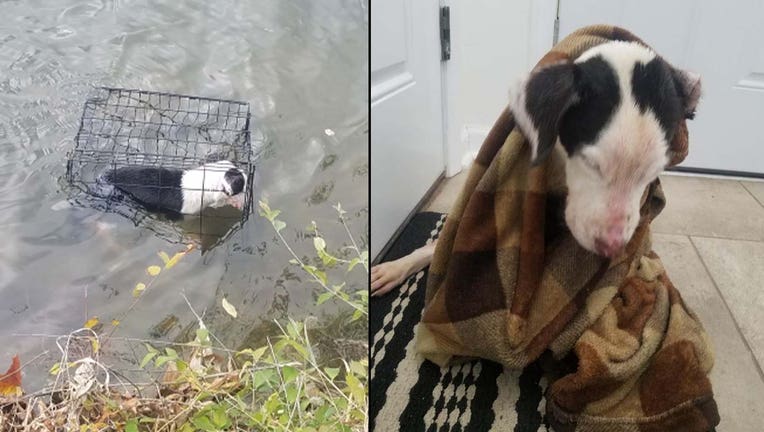 CHAMPAIGN, Ill. - A teacher who rescued a caged puppy from drowning in a cold central Illinois lake over the weekend says the dog had been “clearly abused.”

Bryant Fritz, who teaches middle school science at Next Generation School in Champaign, was preparing to fish Saturday when he found a black and white puppy submerged in rising water and trapped inside of a dog crate in Kaufman Lake.

Fritz told The News-Gazette on Sunday that he waded into waist-high, freezing water in the Champaign lake before reaching the cage.

“It was pretty clear the dog had been in the cold water for several hours. I immediately pulled her out of the water and dragged the crate to the shore,” he said.

He then realized the dog had other medical issues. 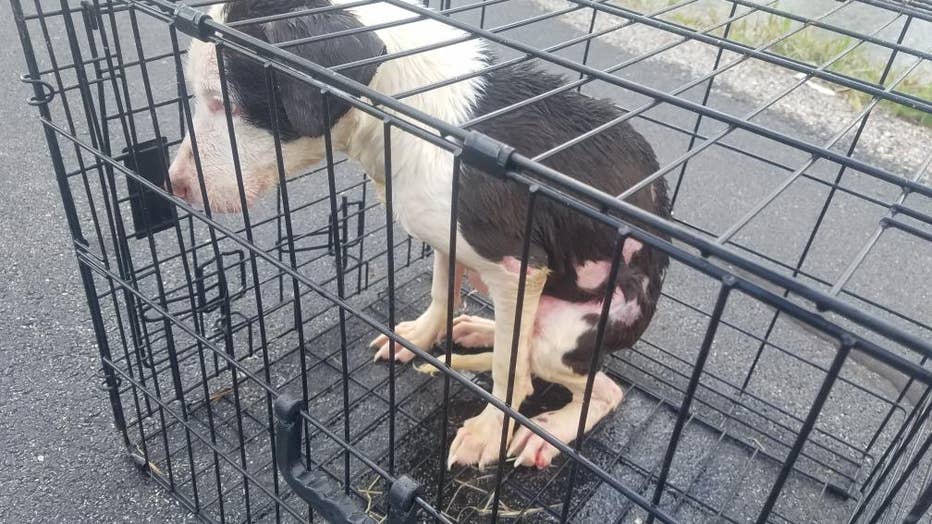 “When I got her up to the shore, there was blood all over the place,” Fritz said. “She was missing a bunch of fur on the back side, and the bottom of her paws were missing skin. She probably weighed 15 to 20 pounds; she was definitely a puppy. She was shaking so bad. Her eyes were shut. She was so miserable.”

He took the dog to his truck, turned up the heat as high as he could and headed to the University of Illinois Veterinary Hospital, where he had called ahead to staff to let them know he was coming. On the way, he stopped at his house to wrap the puppy in a blanket “to get her as warm as possible.”

University of Illinois College of Veterinary Medicine spokeswoman Chris Beuoy noted the puppy has been responding favorably to treatment for hypothermia. The hospital’s staff also cleaned the wounds and put her on antibiotics and pain medicine.

“We weren’t sure if the dog would need additional care for her wounds, but she received more treatment for her wounds on Sunday,” Beuoy said.

After Champaign County Animal Control takes custody of the pooch, Fritz hopes that he will be allowed to adopt her and give her a loving home.

“As I filled out the paperwork when I brought her to the hospital, I realized I wanted this dog to be a part of my life,” the teacher said.