Chris Tossas had veered off the road along Alafaya Trail in Orange County around&nbsp;4:30 a.m. on January 10. He was headed to work, but then found himself trapped in his car, which was up in flames.&nbsp;

ORLANDO, Fla. - Deputies rushed into action, pulling a man from a burning car.  On Wednesday night, that man got to meet the heroes who saved his life.

These deputies were responding to other incidents when suddenly their whole night would change. As they arrived at the scene of a crash, they heard one loud bang and knew something bad had happened. The deputies walked through a muddy marsh until they found Chris Tossas.

Tossas had veered off the road along Alafaya Trail in Orange County around 4:30 a.m. on January 10. He was headed to work, but then found himself trapped in his car, which was up in flames.

"Dude, your car’s on fire! You gotta get out of here!"

Deputies Robert Ricks and Marco Ruiz ultimately pulled Tossas out, saving his life.  Twelve days later, they wrapped him in their arms, meeting for the first time since that day.

"I must say it’s nice to kind of get to see the aftermath," said Orange County Sheriff's Master Deputy Robert Ricks. 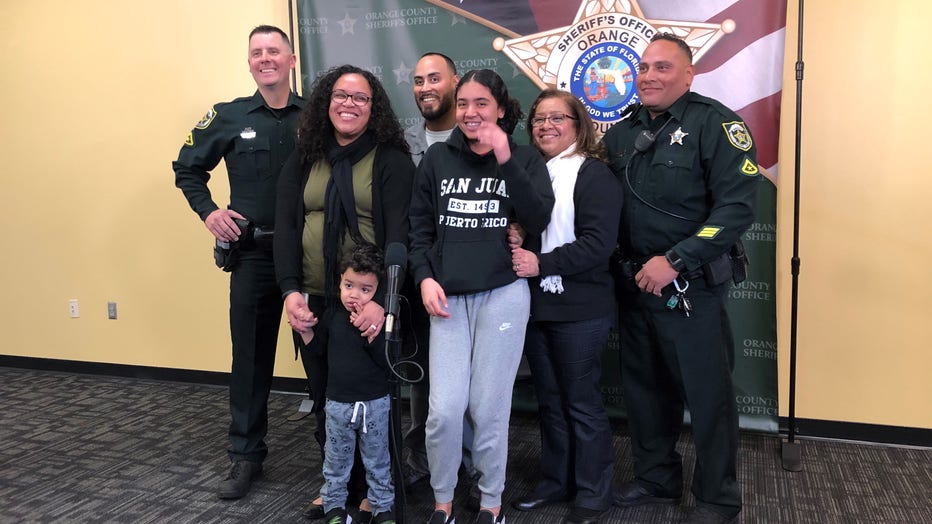 Tossas has no memory of the crash, what caused it or what deputies did, but he is grateful regardless. He received a concussion, banged up his shoulder and is sore throughout his body, but he's still here with his family.

"Without them acting the way they did and moving as quickly as they did, I wouldn’t be here. So they’re my heroes," said Tossas.

"We both have families. We’re both fathers. We’re just glad we were in the right place at the right time."