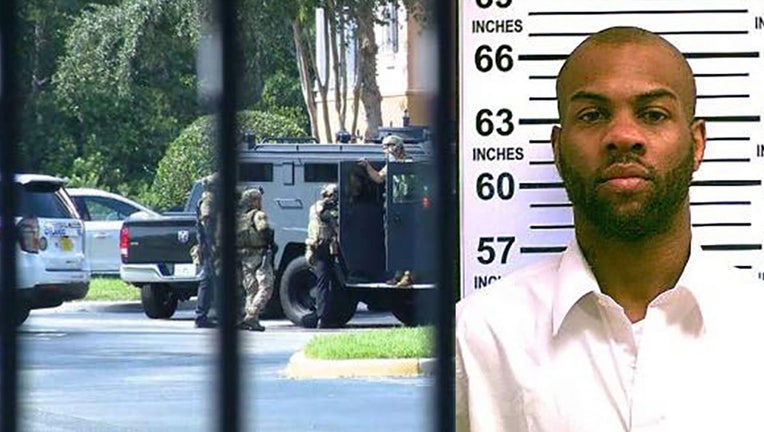 ORLANDO, Fla. - The man who was barricaded inside an Orlando-area apartment unit and died from an apparent self-inflicted gunshot wound has been identified as a fugitive from New York, according to the attorney's office.

Green had reportedly been on the run for nearly two weeks after fleeing from a courthouse hearing. He was reportedly convicted of second-degree attempted murder in New York and prior to the verdict being read, the attorney's office said Green somehow managed to flee.

Just after 2 p.m. on Thursday, the Orlando Police Department's Fugitive Investigative Unit was called to assist the U.S. Marshall Service in an investigation. Officers attempted to make contact with a person they described as a "felony suspect," now identified as Green, at the Mosaic at Millenia apartments. The complex is located between John Young Parkway and Millenia Blvd.

"The unit began to make announcements of their presence when the individual made suicidal threats," a police spokesperson said. "After the individual refused to exit the apartment, the incident became a barricaded individual."

A SWAT unit was called to the scene, along with a crisis negotiation team, and made several attempts to draw Green out of the apartment over an approximately five-hour period.

Orlando police officers entered the apartment around 7:30 p.m. and Green was found deceased.

The next of kin has been notified.