Deputies said a man was caught on camera taking a bat to some vehicles belonging to the Volusia County Sheriff’s Office.

DELTONA, Fla. - Investigators said a man was caught on camera taking a bat to some vehicles belonging to the Volusia County Sheriff’s Office.

Fired up with a metal baseball bat, surveillance video shows one man smashing the windows of an unmarked sheriff’s vehicle. Deputies say it’s one of four he smashed Wednesday morning at the substation in Deltona.

"We have great security cameras there. You saw the footage. It took us a matter of minutes to identify who the suspect was, who it was," said Volusia County Sheriff Mike Chitwood.

Deputies arrested the suspect, Michael Alicea, within a few hours. His motive is unclear.

"He has no criminal history. He has no social media footprint as belonging to any groups whether they’re far right or far left," said Sheriff Chitwood.

Sheriff Chitwood isn’t sure if he had any grievances with law enforcement, but says Alicea has several mental health issues. "He basically said that they showed me a video but I don’t think that’s me."

Deputies were able to grab a license plate number from security footage and trace it to his home, where they found the car and Alicea wearing the same clothes he was wearing in the footage. 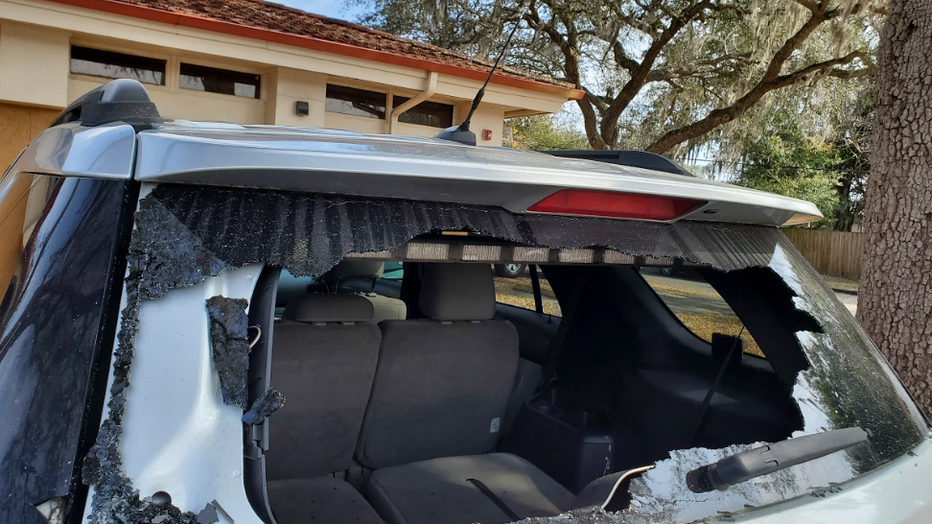 Sheriff Chitwood says he’s just glad no civilian employees or deputies happened to walk outside when this was going on.

"We don’t know what his mindset was had somebody come out and this could have really been a deadly, ugly situation. You walk outside and somebody’s lying in ambush with a baseball bat, you’re dead or you’re severely injured."

Alicea is charged with criminal mischief. He’s free on bond.