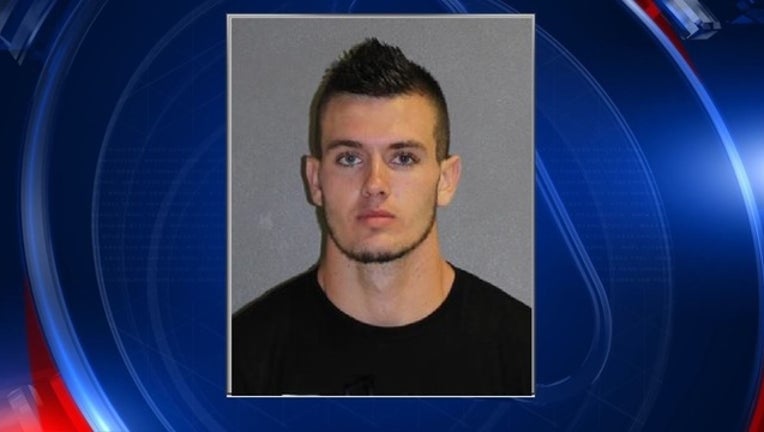 DAYTONA BEACH, Fla. (WOFL FOX 35) - A Minneola man seeking an extra thrill during Hurricane Matthew was arrested after doing burnouts in his truck around reporters in Daytona Beach.

The t-shirt Ware was wearing was explicit and ironic reading "(expletive) speeding tickets".

According to police Ware was doing burnouts in his black GMC truck in the 700 block of South Atlantic Avenue where news crews were. Police say Ware did multiple 360's in a reckless manner and at a high rate of speed at the base of the bridge.