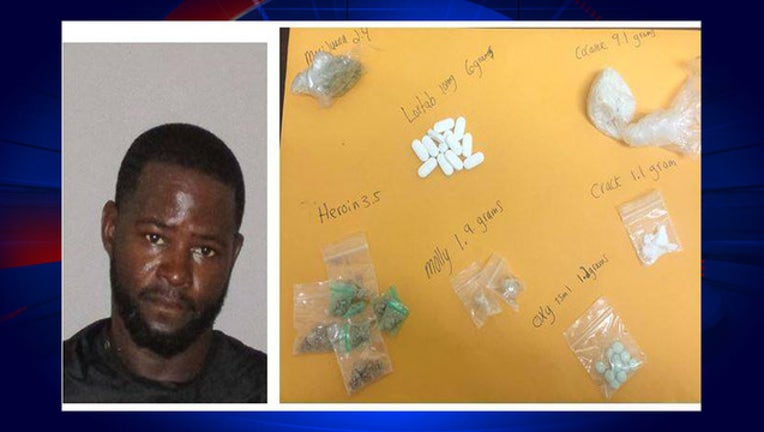 Investigators say Derick McKay was initially pulled over for a traffic stop, in which deputies immediately smelled marijuana coming from inside his car.

McKay was arrested for driving with a suspended license, but during a pat down the deputy said he felt something near McKay's behind.

Officials say McKay refused to hand over the object and was told he would be charged with a felony if he were to bring contraband into the jail.

While at the jail, McKay removed several bags from his buttocks containing cocaine, heroin, ethylone, marijuana and oxycodone.

In a statement on the Flagler County Sheriff's Office Facebook page, Sheriff Rick Staly said, "This was a routine traffic stop that ended with a serious poison peddler behind bars. This dealer is not new to Flagler County and despite many chances, he just doesn't seem to learn his lesson and a get a real job. I hope the courts deal harshly with him and get him off our streets for good before he sells to someone who overdoses or dies."

In connection with McKay's arrest, deputies say a substantial amount of narcotics was also recovered from an undisclosed location in Palm Coast.

Officials say the additional drugs seized have an approximate street value of $4,000.

At the same location, deputies say there were hundreds of empty baggies, prompting detectives to believe the drugs were being prepared to sell.

McKay was charged with multiple offenses, including numerous drug possession charges, intent to sell, trafficking and driving with a suspended license.

Officials say McKay had previous arrests in Flagler County for a variety of drug charges dating back to 2008.