This is not the first time Hendrix has been accused of arson, police said.

ORLANDO, Fla. - In Orange County, a man charged with arson and attempted murder faced a judge on Tuesday.

49-year-old Robert Lee Hendrix is accused of starting a house fire in Orlando on Saturday. Two burn victims were taken to the hospital as trauma alerts.

Witnesses told police that they woke up to the sound of water flowing and the smell of gasoline. Then, they told police that they saw Hendrix run down the stairs before he set the ground in front of his bedroom on fire. One witness even saw a person jump out of a window. The person ended up being one of two victims rushed to a hospital.

A witness told FOX 35 that the person jumped "from the second floor... because he did not have any other way out. The fire was just that engulfed that he didn't have another option but to jump."

Hendrix is said to now be behind bars for several counts of arson and attempted murder. 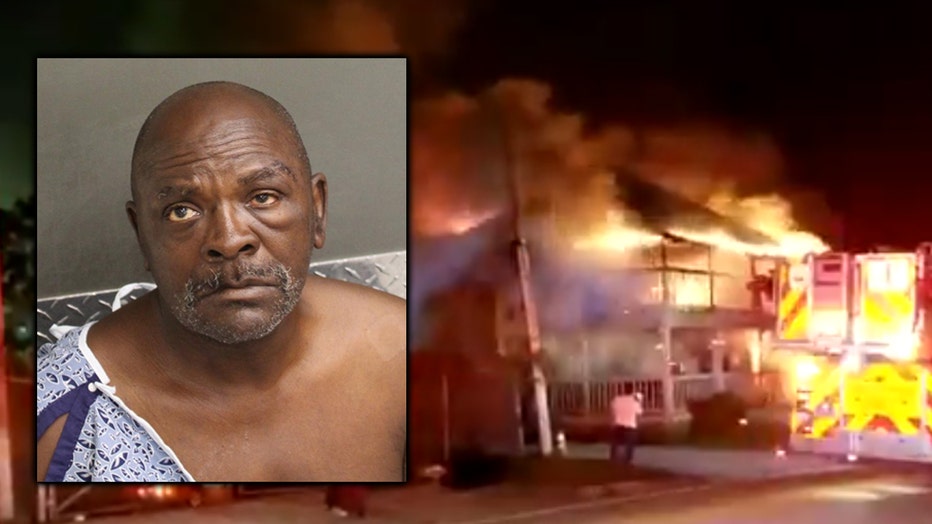 This is not the first time Hendrix has been accused of arson. According to an arrest report, Hendrix attempted to burn down a convenience store last year.

Tune in to FOX 35 News for the latest on Hendrix, the victims' condition, and more.