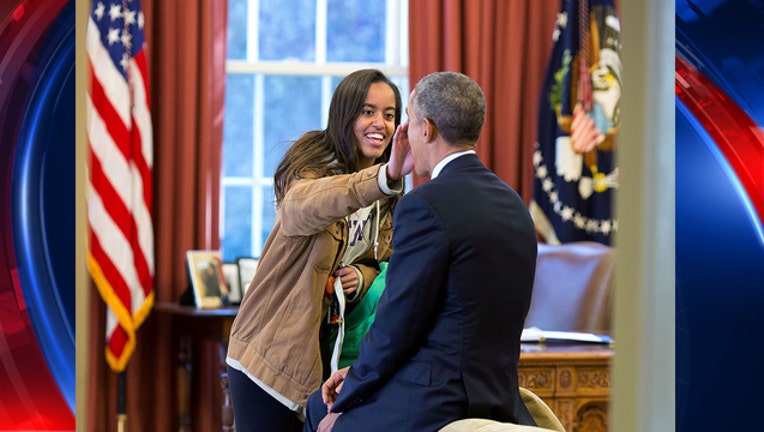 "The President's daughter Malia stopped by the Oval Office one afternoon to see her dad and, while they were talking, she wiped something from his face." (Official White House Photo by Pete Souza | Feb. 23, 2015)

The White House is not just celebrating America's birthday Monday, it's also celebrating the birthday of one of the First Daughters.

She was only 10 years old when her father was elected president back in 2008.

She graduated high school last month and will take a gap year before heading to Harvard next year.