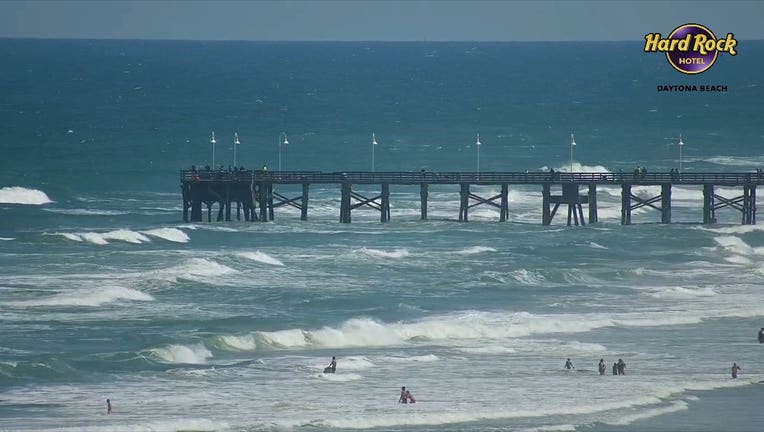 If you're headed to the beach sometime soon, be sure to swim in front of a lifeguard. As Hurricane Fiona, churns off the coast of Florida, beaches along the east coast will see dangerous surf/swim and boating conditions through the weekend.

FOX 35 Storm Team Meteorologist Brooks Garner said there will be a major rip current risk. Beaches along the Gulf, however, will be safer.

The major category 4 hurricane's swell has been pounding Atlantic beaches in Florida since Wednesday night and forecasters said that will continue through the weekend.

The FOX 35 Team is monitoring a tropical wave, Invest 98L, that could become Hurricane Hermine in the Gulf next week. Long range models bring the system closer to the Northwest Caribbean or Southern Gulf of Mexico by early next week. Right now, there's much disagreement amongst many of the tropical models.

The Euro model shows the system making an impact on the Florida peninsula on Thursday, Sept. 29 while the GFS model has a more westerly track and has it going toward the central Gulf of Mexico.

The FOX 35 Storm Team will continue to monitor the tropics for new developments.