The 21-year-old is breaking barriers and serving as an inspiration. FOX 35's Valerie Boey has his story.

PANAMA CITY BEACH, Fla. - Chris Nikic, 21, made history as the first person with Down syndrome to complete an Ironman triathlon in 16:46:09.

Chris said, "I did ironman and I have Down syndrome."

When he reached the finish line with his coach... "Big huge monkey hug," Chris said.

His father, Nik, says he got a "big monkey hug." 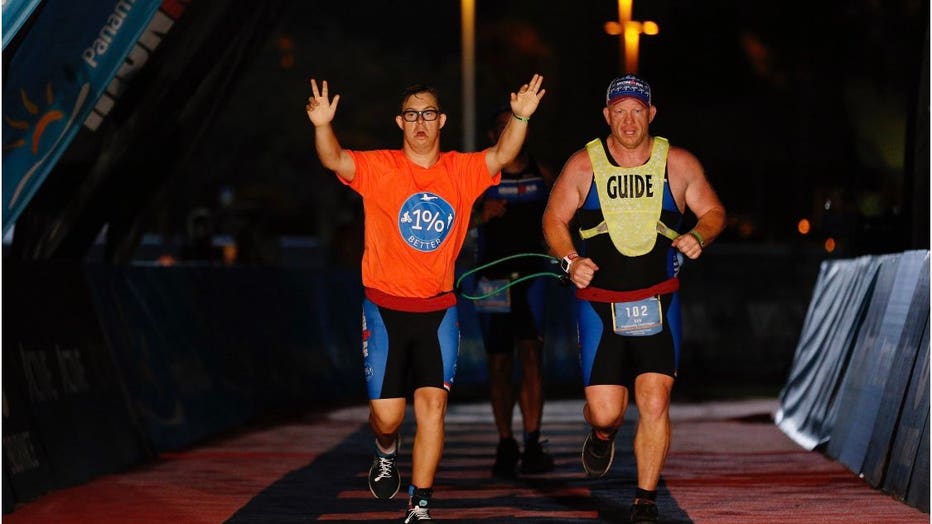 They’ve been training for ironman every day for the last year.

"The hardest part for him was the mental part of the race because 17 hours of anything is pretty grueling," Nik said.

He says Chris suffered ant bites and fell off his bike during the competition, but it never stopped him.

"He finished the last 60-70 miles of the bike injured and itching."

His coach, Dan Grieb, was with him every moment.

"When it was over, I told him I loved him. That he’s now an Ironman and that now 'let’s go get your dreams.'"

But those dreams have nothing to do with working out.

Nik says Chris gets messages of inspiration on social media.

"He gets hundreds every day from parents like me that tell them that he’s a hero to their kids.

"Very proud of him."

He hopes to be invited to the Ironman competition in Hawaii.

As Chris holds up his winning medal, Nik says it’s more than just a prize, he said he believes his son will have a good future.

"A feeling of peace that he had accomplished something that was pretty amazing. He can take care of himself."