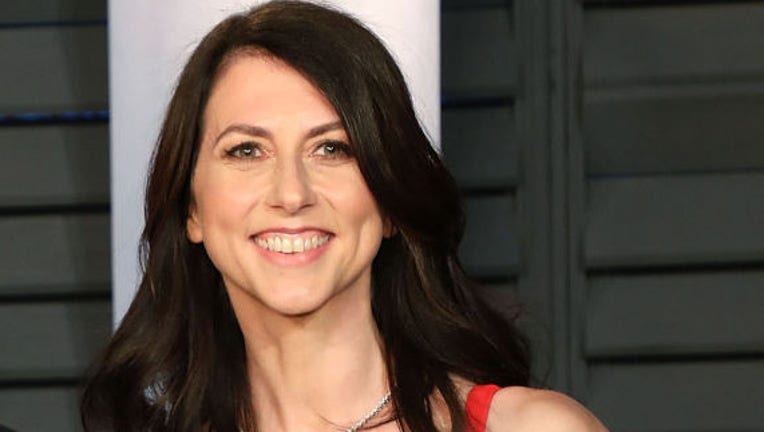 WASHINGTON - MacKenzie Scott is continuing to pay it forward by helping communities and groups through her philanthropy. The billionaire is donating $50 million to the National 4-H Council, which the youth-focused nonprofit organization called "transformational."

Scott’s donation to the National 4-H Council, which supports the 120-year-old youth development program, is the second-largest gift known to have been made by Scott since she announced in 2021 that she gave $2.7 billion to charitable nonprofits.

The National 4-H Council, which supports The Department of Agriculture’s 4-H Youth Development Program, said in a statement that Scott’s gift will support "positive youth development" for nearly six million kids and their families. 4-H programs help kids and teens across the country complete health, science and other projects during after-school programs and other venues.

Jennifer Sirangelo, the president and CEO of the council, told the Associated Press that the organization received a call in December informing them the gift was coming their way. And the amount came as a surprise.

Earlier this month, Scott donated $133.5 million to Communities in Schools (CIS), a national organization that works with 3,000 schools nationwide to support at-risk students by providing them with resources and assistance to help them excel in school.

Scott’s last three rounds of financial contributions have totaled nearly $8.7 billion, with much of the money going towards pandemic relief, colleges and universities, and organizations that serve minority communities.

After the police killing of George Floyd, Scott funded the top recipients of racial equity donations in 27 states.

In 2020, Scott reflected on her philanthropy in a blog post titled "No Dollar Signs This Time," saying that she wouldn’t reveal how much she had given to charity since her last round of donations that same year, to reduce the attention she draws. Instead, she wrote a reflection on what philanthropy means.

"I’m not including here any amounts of money I’ve donated since my prior posts," Scott wrote in the post. "I want to let each of these incredible teams speak for themselves first if they choose to, with the hope that when they do, media focuses on their contributions instead of mine."

FOX6 Milwaukee, FOX13 Seattle, and the Associated Press contributed to this story. This story was reported from Washington, D.C.