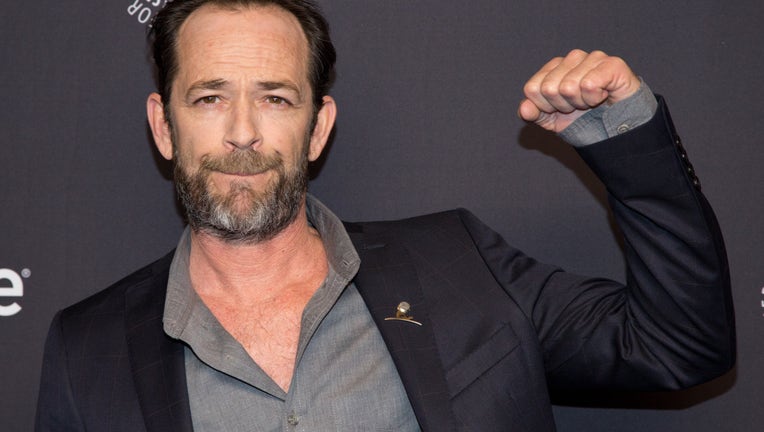 Sunday would have been Luke Perry's 54th birthday.

In celebration of the late actor's special day, his former castmates from the iconic series "Beverly Hill, 90210" paid tribute to him on social media.

"Happy Birthday brother!! Love You ❤️," Brian Austin Green wrote on Instagram along with a throwback photo from when they were younger.

Tori Spelling said, "Lazy Sunday with family... some downtime today gives me a pause for reflection. Grateful to my family and extended family. Loving on them hard right now. And, doesn’t feel right not to mention that today is our brother Luke’s bday."

"Thinking about him and missing him. But, that’s everyday. So grateful he got to meet my littlest Beau and snuggle him when he was a babe," she added.

Jennie Garth posted a simple black-and-white photo of the two of them. "Forever in my heart," she said.

“Actor Luke Perry, 52, passed away today after suffering a massive stroke,” Perry’s rep told Fox News in a statement at the time. “He was surrounded by his children Jack and Sophie, fiancé Wendy Madison Bauer, ex-wife Minnie Sharp, mother Ann Bennett, step-father Steve Bennett, brother Tom Perry, sister Amy Coder, and other close family and friends. The family appreciates the outpouring of support and prayers that have been extended to Luke from around the world, and respectfully request privacy in this time of great mourning. No further details will be released at this time.”

After Perry's death, this daughter revealed she raised enough money to fund a new school in Malawi.

She named the educational facility after Perry, who was largely remembered by celebrities as a TV icon and “kind person" following his death.