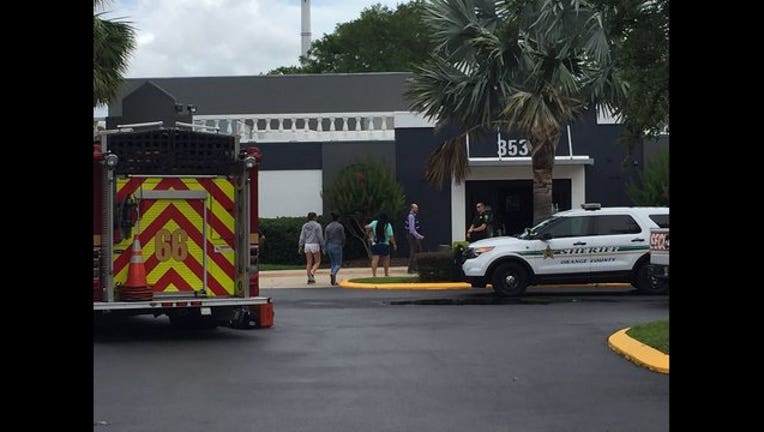 ORANGE COUNTY, Fla. (WOFL FOX 35) - Loved ones rushed to a building on the Full Sail University campus Monday to be reunited with family members involved in the workplace shooting at Fiamma, Inc.

As deputies investigated, seven other people who were in the building at the time were shuttled to the campus building to be reunited with their families. The building was also the site for family members of the victims to get updates on the investigation.

Throughout the afternoon people were seen trickling in and out of the building. As they arrived, people came out to greet them with hugs and tears.

The Orange County Sheriff’s Office chaplain was on site to offer support.

Late in the afternoon, Sheriff Jerry Demings arrived to offer condolences. “Keep those families in your prayers,” said a man wearing a Fiamma shirt as he exited the building.