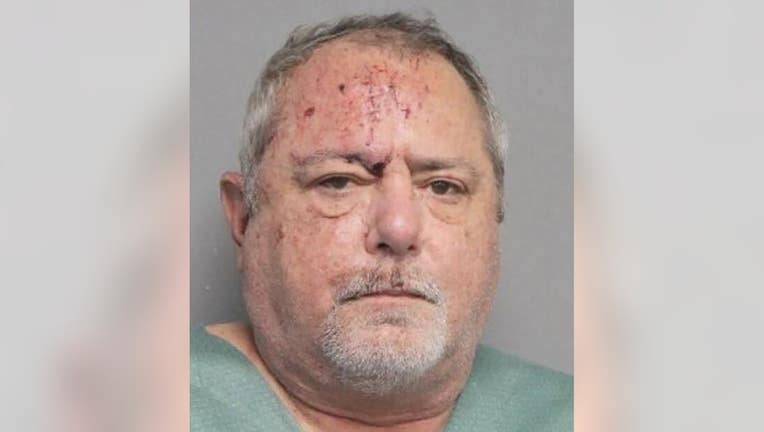 Wendell Lachney is facing charges in connection with the death of a 9-year-old girl, authorities say.

A grieving Louisiana mom lashed out on Facebook this week, days after her 9-year-daughter died following a crash involving a suspected impaired driver.

"The man was drunk as a skunk," mother Sarah Douglas alleged, days after the Oct. 22 crash that killed daughter Abigail Douglas.

"You mutilated our daughter. You destroyed our family," the mother added later.

Douglas’ post included photos taken at the accident scene, including shots of smashed vehicles and what she claimed was the suspect being led away by authorities.

The distraught mother wrote the post while authorities were searching for suspect Wendell Lachney, who went missing after being released on bond following the crash, which the young girl initially survived until losing her life two days later, FOX 8 reported.

After the girl died, authorities couldn’t find Lachney after obtaining a new warrant for his arrest but he was eventually located undergoing "medical care," authorities said. He was expected to be taken into custody again after the medical treatment is completed.

Lachney was impaired and speeding when his vehicle rear-ended another car in Gretna, just outside New Orleans, on Oct. 22, authorities said, according to FOX 8 of New Orleans.

The crash happened around 8 p.m. near the intersection of Highways 23 and 428, the station reported.

The impact sent the struck vehicle into a third vehicle, the report said.

Fatally injured in the crash was young Abigail, whom the Louisiana State Police said died even though she had been wearing a seatbelt, FOX 8 reported.

He is now facing a vehicular homicide charge, FOX 8 reported.