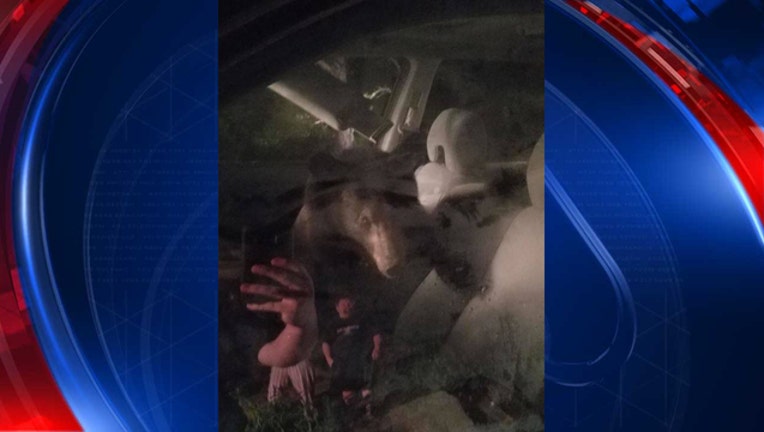 ROANOKE, Va. (AP) - The young black bear was probably looking for treats when he climbed inside a car in Virginia, but it managed to honk the horn.

Roanoke police say the 200-pound animal got stuck and blew the horn, rousing the car's owners about 5 a.m. Thursday.

An officer was able to open the car's back door, and the bear ran into the woods.

Police say snacks were inside the car and reminded people to keep their cars locked.

The incident comes shortly after a bear caused a spectacle in downtown Roanoke.

Lee Walker of the Virginia Department of Game and Inland Fisheries tells The Roanoke Times residents shouldn't be alarmed about the multiple bear sightings. He says bears are more afraid of people than the other way around.