Joe Roebuck of SCCY Firearms said he never met Officer Raynor but felt he needed to do something after he was shot.

DATYONA BEACH, Fla. - The community of Daytona Beach continues to come together after it announced that Officer Jason Raynor died of his injuries on Tuesday. He was shot during a call back in June.

At the Daytona Beach Police Department, a banner showing support is on display, as is information for a Go Fund Me page created for Raynor's family. Among the donations, there’s a very generous one that stands out for the amount of $20,000.

"As far as I’m concerned, police don’t make enough money and he was kind of new on the job. So I gave what I could." 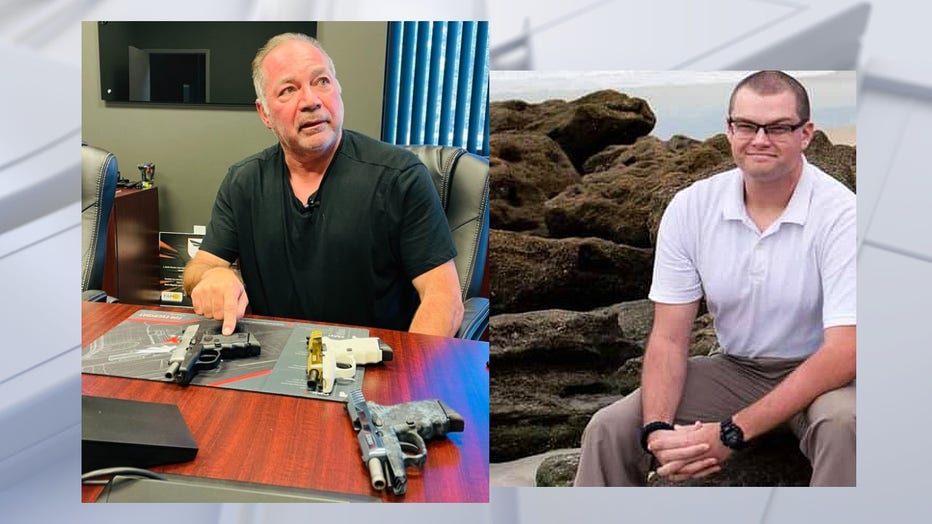 Joe Roebuck of SCCY Firearms said he never met Officer Raynor but felt he needed to do something after he was shot.

"Being in law enforcement today has to be one of the toughest jobs on the planet. Every day they leave, they’re taking their life into their hands."

Roebuck manufactures guns for a living and said he is grateful to law enforcement officers for all they do.

"As a citizen of this area, I wanted to help. I’m a big believer in giving back."

And he isn’t the only one.

Twelve-year-old Zechariah Cartledge runs one mile anytime a first responder dies in the line of duty. He plans to run at Layer Elementary in Winter Springs Thursday night and present a flag to give to Officer Raynor’s family.

"It means a lot having out officers out here supporting a fallen hero from the Central Florida area. It’s public anyone can come."

As a business owner, Roebuck said success doesn’t define you, but rather, it’s what you do with it that does. He had a message for Officer Raynor’s family,

A wreath-laying ceremony will take place Thursday at 11 a.m. outside the Daytona Beach Police Department.