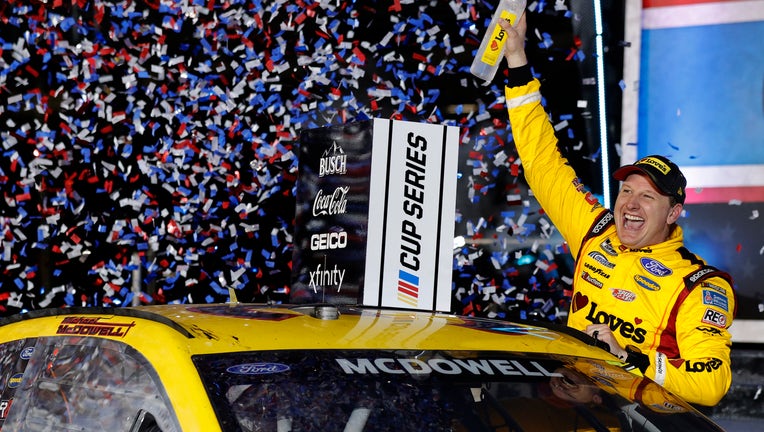 DAYTONA BEACH, Fla. - All eyes are on the Daytona International Speedway on Sunday as the 63rd annual Daytona 500 gets underway on FOX.

We have live updates from the speedway.

The race made it over a dozen laps in before having to stop because of weather.

After the hours-long delay, drivers were called back to their cars and the race resumed around 9 p.m.

Last year, Denny Hamlin won the "The Great American Race" for the third time in his career — and in the closest finish in history — after it was delayed a day by rain.  He’s the only driver to have multiple victories in the race.

The Daytona International Speedway usually welcomes 101,000 fans to fill up the stadium. However, because of safety precautions in place, President Chip Wile said capacity will be limited.

Wile said the ‘Great American Race’ sold out. Though not releasing an exact number, he said the track is ensured that groups were spaced six feet apart.

"We will require everyone to wear a mask throughout their visit. We’ll be taking their temp and asking them a health questionnaire," explained Wile.

FOX 35 News spoke exclusively with NASCAR driver Ryan Newman before the Daytona 500 one year after he was involved in a fiery crash at the same speedway.

He has previously stated that he has no memory of the crash.

FOX 35 Exclusive: Interview with Ryan Newman ahead of the Daytona 500

FOX 35 spoke exclusively with race car driver Ryan Newman who got into a horrific crash at the Daytona 500 last year. He'll compete again this year.

"I’ve watched every angle that I could possibly watch. The biggest problem is, I don’t have any memory of my own angle, which is the ultimate angle," Newman said Tuesday in a preseason video conference with reporters. "And that’s gone, and that’ll always be gone, and no matter how many times I watch a replay or a different variation of that memory, it doesn’t change my personal memory because it just doesn’t exist."

RELATED: FOX 35 Exclusive: Interview with Ryan Newman ahead of the Daytona 500 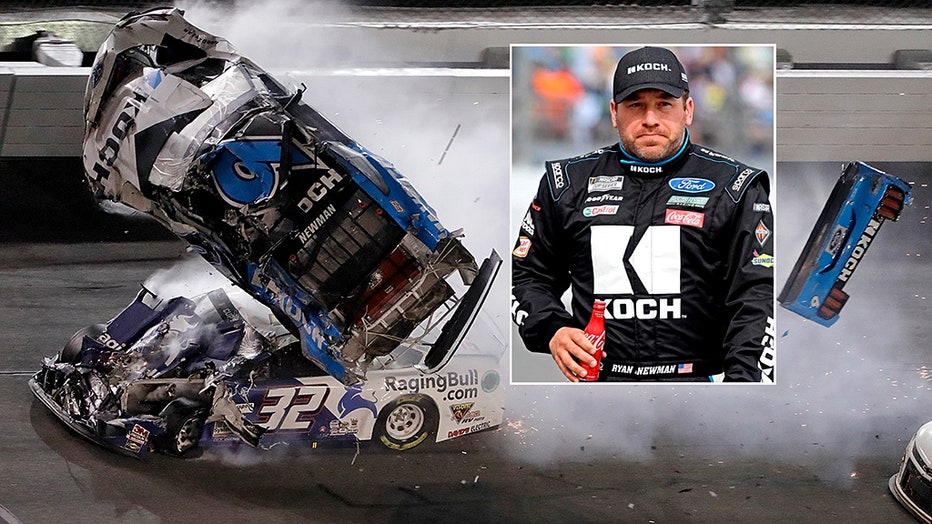 The world-renowned U.S. Air Force Thunderbirds performed a flyover, marking the 11th consecutive year, and 12th total, that "America’s Ambassadors in Blue" – officially known as the U.S. Air Force Air Demonstration Squadron – will showcase their precise choreography at the end of the National Anthem.

"We are excited to fly over the Daytona 500 again this year," said Lt. Col. John Caldwell, Commander and Leader of U.S. Air Force Thunderbirds. "This amazing event has kicked off our demonstration season for the past ten years, and we are grateful for the partnership between the Speedway and Air Force. There is always a lot of enthusiasm surrounding this race, and we’re honored to share the pride, precision, and professionalism of the 693,000 total force Airmen to NASCAR fans around the world."

Serving as Grand Marshal this year was Mr. Worldwide himself, music superstar Pitbull, who had the honor of telling drivers to start their engines ahead of the race.

"It’s an honor to be named the Grand Marshal for the 63rd DAYTONA 500. It’s exciting to mix culture, music and sports."

The race hit a snag early on when rain poured down, delaying the race for 6-hours.

Just before 9 p.m., drivers were called back to their cars and the race resumed.