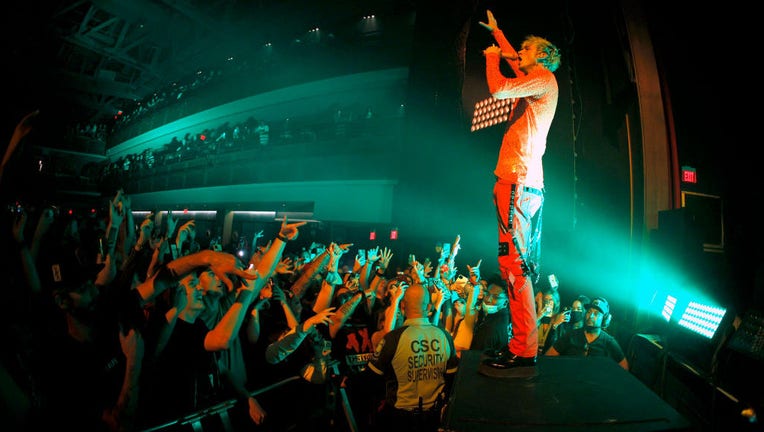 FILE IMAGE - Recording artist Machine Gun Kelly performs during a stop of his Tickets to My Downfall tour at The Theater at Virgin Hotels Las Vegas on Oct. 16, 2021, in Las Vegas, Nevada. (Photo by Ethan Miller/Getty Images)

The entertainment company is sharing this promotion with fans from May 4-10. This year’s rate is up $5 from the last time the deal was held.

According to Live Nation, the $25 ticket includes all fees.

The promotion gives fans the opportunity to attend over 3,700 concerts in North America, the company shared.

The concerts will cover a wide variety of genres, including country, hip-hop, Latin, metal, rock, pop, and even comedy shows.

The general presale began on Wednesday.