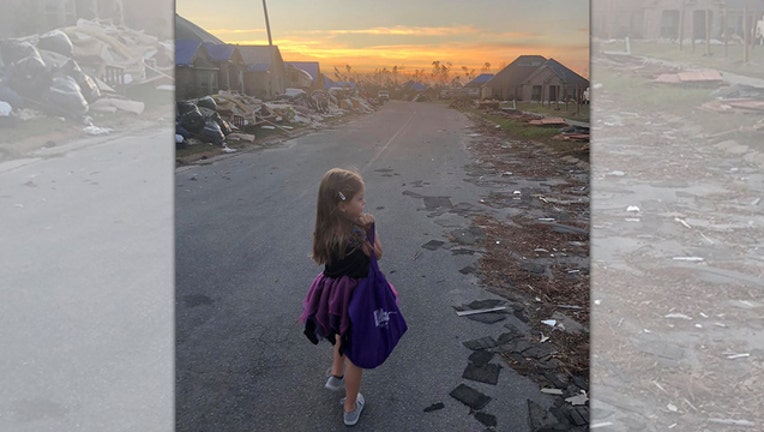 PANAMA CITY, Fla. (FOX 13) - Despite the devastation from Hurricane Michael, the Halloween festivities went on.

Heather D'Agostino Piddington shared a Facebook image of her daughter trick-or-treating through their Panama City neighborhood, which was torn apart by the hurricane. The sun is seen setting in the background as 4-year-old Alivia set out to collect candy. She walked on the street, which was lined with debris and trash.

It didn’t damper her spirits though, her mother said. Alivia's father is stationed at Tyndall Air Force Base and Heather is a school teacher on the base. They all had to evacuate to Alabama as Hurricane Michael approached the Panhandle.

After connecting with their neighbors on Facebook, the community came together to make sure their children wouldn’t miss out on the holiday when they returned home. So, on Wednesday, those neighbors sat outside their demolished driveways, handing out candy.

Some even put lights and decoration on their roadside debris to share the Halloween spirit.