LOS ANGELES - Drivers in California might notice a "bear-y" unique site, as a giant teddy bear is making its way from Los Angeles to San Francisco.

Deputies with the Santa Clarita Valley Sheriff's Station encountered the bear on the side of the highway Wednesday. 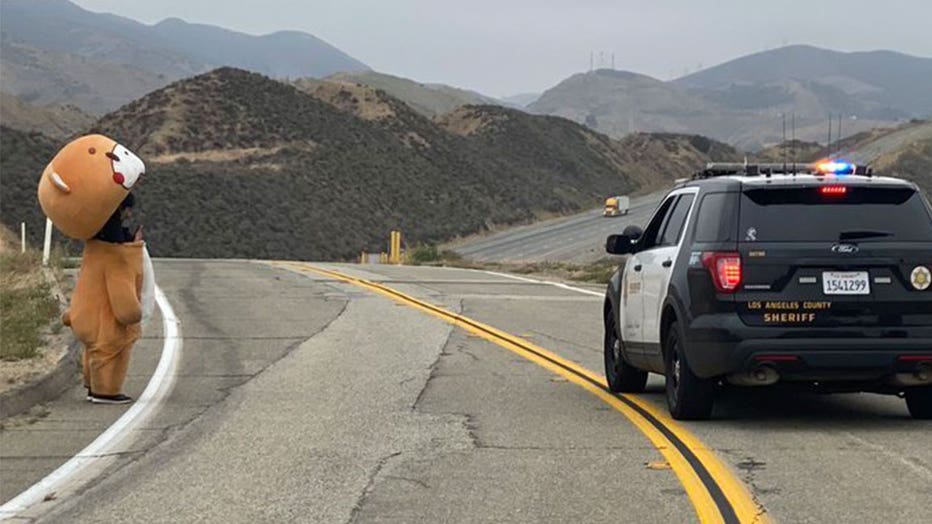 "You may have seen a large teddy bear walking through town," the department wrote on Twitter.

Deputies learned that the bear was on a mission to walk from LA to the Bay Area.

"We wish him the best of luck on his adventure!" they wrote.

The teddy bear goes by the name of Bearsun, and he's documenting his trek on Instagram.

He departed from Little Tokyo in Los Angeles on Monday, April 12, and by Thursday, he was passing through Bakersfield. His goal is to reach San Francisco in under a week and plans to cap outside the entire time along his journey.

Many people have posted photos of Bearsun spotting on social media.

Bearsun is also taking donations through a GoFundMe account to help him along his adventure and to raise money to donate to any selected non-profit.