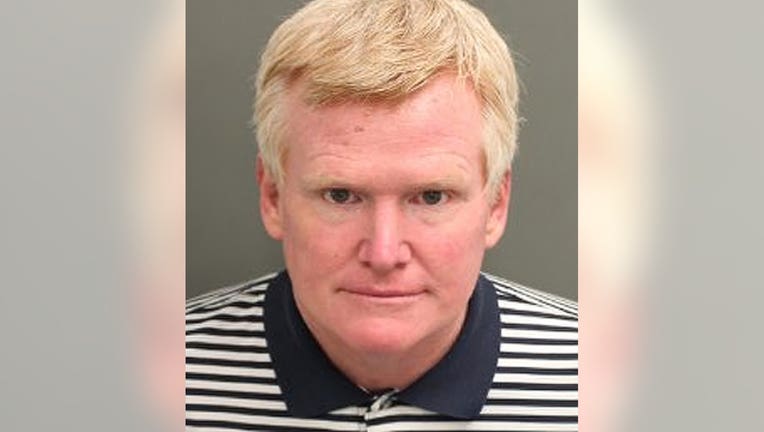 COLUMBIA, S.C. - A prominent South Carolina lawyer has been charged with stealing insurance settlements meant for the sons of his late housekeeper, state police said Thursday.

Alex Murdaugh was arrested at a drug rehab facility in Orlando, Florida, where his attorneys said he has spent the past six weeks since claiming he was shot in the head on the side of a lonely road near his home, authorities said.

According to documents, on Friday, Murdaugh reportedly waived his extradition hearing in Orange County, Florida. He's now expected to be brought back to South Carolina to face other charges.

Murdaugh told Satterfield's sons at her February 2018 funeral that he would get insurance settlements for her death and take care of them, according to a lawsuit filed by the sons.

Murdaugh managed to secure more than $4 million from his insurers, but he only told the sons about $500,000 and then never sent them a dime, the lawsuit said.

The Murdaugh family told the sons their mother tripped over the family dog and died weeks later from her lingering injuries. The death was never reported to the Hampton County coroner, who asked state police to investigate why she was not called to review what she would consider an accidental death.

Murdaugh is being held at the Orange County jail in Florida to await extradition, investigators said. His lawyers promised at a bond hearing on different charges last month that Murdaugh would return to South Carolina without a fight if charged with additional crimes.

The deaths of Murdaugh's son and wife at their Colleton County home in June remain unsolved. Murdaugh said he found Maggie Murdaugh, 52, and her son Paul, 22, shot to death after he returned home from visiting his father in the hospital, according to authorities.

State police have six investigations into Murdaugh, including the deaths and September charges against Murdaugh on insurance fraud and other counts for trying to arrange his own death so his surviving son could collect on a $10 million life insurance policy.

Murdaugh said his head was grazed by a bullet in the attempt. The man charged with firing at Murdaugh said the gun went off as he tried to prevent his friend from shooting himself.

The Thursday arrest is just another step in the long process for justice in all of the investigations, State Law Enforcement Division Chief Mark Keel said in a statement.

"As I have said previously, we are committed to following the facts wherever they may lead us and we will not stop until justice is served," Keel said.