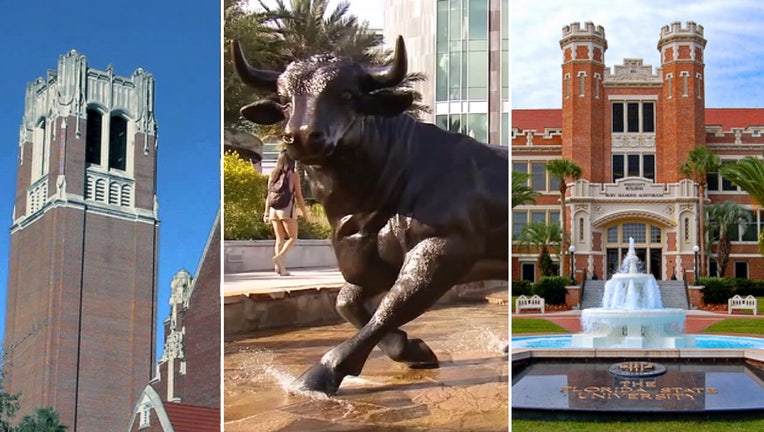 TALLAHASSEE, Fla. - A proposal is advancing in the House that would allow high-performing students who live outside of Florida to pay in-state tuition rates at public universities if their grandparents reside in the Sunshine State.

The measure (HB 1273) is dubbed the "grandparent tuition waiver bill" by House sponsor Patt Maney, R-Shalimar. It would let out-of-state students scoring in the 89th percentile or higher on the ACT or SAT exams enroll as full-time students at Florida universities and pay cheaper in-state tuition.

The proposal was approved Wednesday by the House Post-Secondary Education and Lifelong Learning Subcommittee in an 11-3 vote, with three Democrats opposed.

"Florida’s senior population can help our state universities remain among the best in the nation by encouraging their bright, top-performing, out-of-state grandchildren to attend university in Florida," Maney said.

U.S. Census data show that one in five Florida residents is age 65 or older, representing the second-highest percentage of that age group among all states.

Under the House measure, the out-of-state students’ grandparents would have to be "legal" residents of Florida, prompting questions from some lawmakers.

"Would the grandparent have to be a full-time resident of the state of Florida? We know that Florida attracts snowbirds, people who are here for a period of time but not necessarily full-time residents," Rep. Geraldine Thompson, D-Windermere, said.

"They’d have to be full-time residents of Florida. The (university system’s) Board of Governors would actually set up the way they mechanically do that, but it would require an attestation by the grandparent," Maney answered.

Other lawmakers asked for a definition of "grandparent" to be written into the bill.

"In these crazy times we live in, what is the definition of a grandparent, and how far do we expand that?" asked Rep. Mike Caruso, R-Delray Beach.

"I do have a draft defining ‘grandparent.’ It sounds like I need to rework it some," Maney responded.

Under the bill, out-of-state students who take advantage of the change would be "excluded from the limitation on systemwide total enrollment of nonresident students" set by the system’s Board of Governors.

Lawmakers from both parties raised concerns that the proposal would create a sudden increase in enrollment at state universities and generate intense competition for students who are Florida residents.

"A student may enroll in the state university system and they may get … in-state tuition, however there are other components and other aspects that is going to force the hand of those state universities to find money and resources in order to accommodate a groundswell of students coming to those institutions," Alexander said.

Alexander also pointed to a separate proposal (SB 86) that would decrease state Bright Futures scholarship money for Florida students who don’t choose majors that could "lead directly to employment."

"Once again, I keep seeing this contradictory reality where we’re talking about allowing top-performing students from out-of-state to come to the state of Florida," Alexander said. "But on the other end, we are proposing policies to cut Bright Futures that would impact students in Florida that meet those same percentages. So, you can’t have it both ways."

Caruso said it would be more challenging for Florida students to get accepted to universities if large numbers of out-of-state students took advantage of the proposed program.

"It’s going to displace, as I see it, Florida students from getting spots at our university system," Caruso said.

Ultimately, the measure won support from lawmakers who said it would help bring more talent to the state.

"I think it’s important to recognize that we have the Benacquisto Scholarship fund right now that allows for national merit scholars from outside of the state ... to come here and have a tuition waiver as well. So, this isn't setting a precedent," Rep. Rene Placensia, R-Orlando, said.

"What ends up happening is, wherever you do your studies, whether you graduate with a bachelor’s or you go get a masters or a PhD, you tend to stay there. And we want that talent to stay in our state, and we want to bring that talent from other states," Placensia added.

Sen. Dennis Baxley, R-Ocala, is sponsoring a Senate version of the measure (SB 1728).