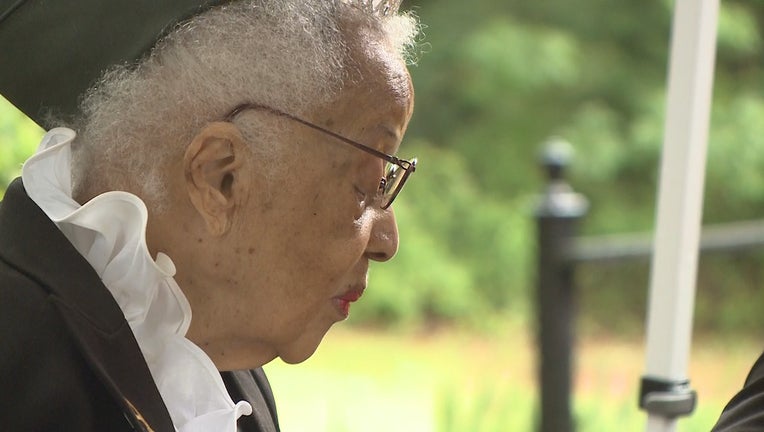 Born May 28, 1920, in New York, Second Lieutenant Irma “Pete” Cameron (Dryden) was destined to serve her country. The only child of a Jamaican dental technician and a teacher, she graduated from the Harlem Hospital School of Nursing's class of 1942.

A year later, she stepped off a train at the Tuskegee Army Air Field. While she was there, she fell in love with one of the airmen, Charles Dryden, and the two were married on November 16, 1943, participating in the first military wedding at Tuskegee.

Her courtship and marriage were chronicled by Tom Brokaw in his book “An Album of Memories: Personal Histories from the Greatest Generation. And even though their marriage ended in divorce, Charles Dryden wrote of their relationship in his book “The A-Train: Story of a Tuskegee Airman.”

In 1944, she left the service and eventually settled in Georgia. 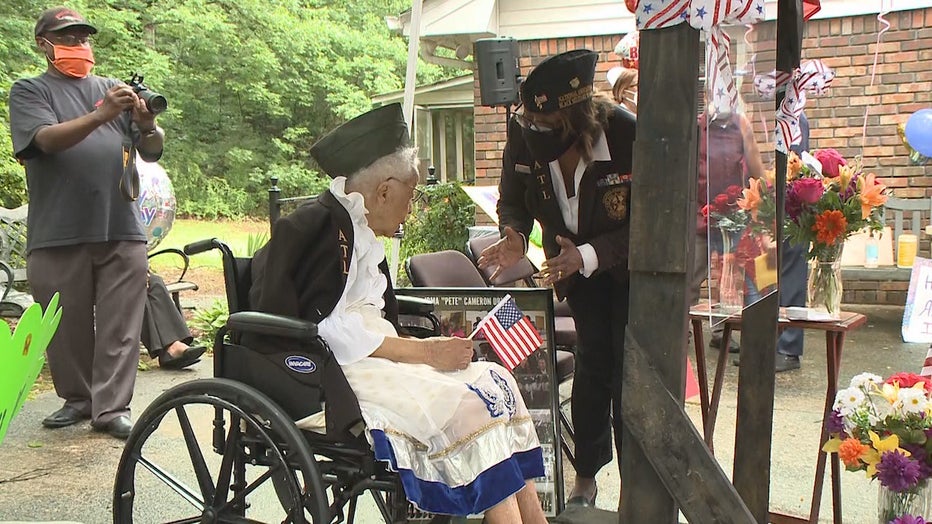 Thursday, family and friends gathered for a lawn party at her Marietta home to mark the occasion. Despite the coronavirus pandemic forcing social distancing on those in attendance, there were still plenty of signs, balloons, flowers, music, a parade, and American flags, the symbol of the country she served. Most of this, the new centenarian was forced to view from the safety of her living room window.

Please join us in wishing this member of the Greatest Generation a happy 100th birthday!