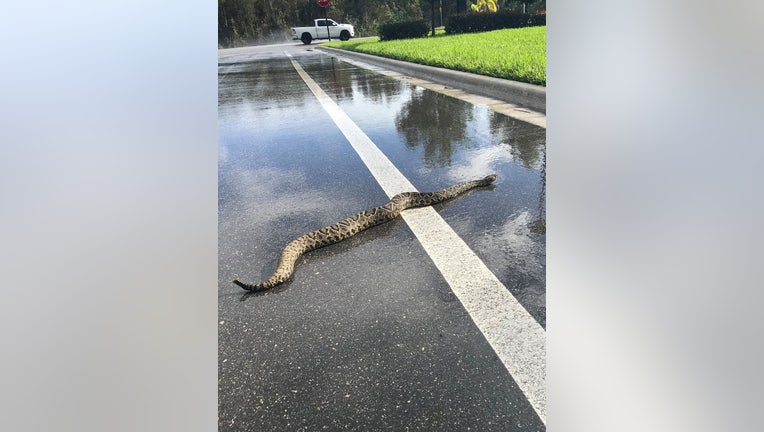 ESTERO, Fla. - Floridians are used to spotting all sorts of wildlife, but this sight would still make most do a double-take.

Cory Ball was driving in Estero, located between Naples and Fort Myers in southwest Florida, when he spotted a large eastern diamondback rattlesnake in the middle of the road earlier this week.

Ball snapped several photos of the reptile as it slithered across Corkscrew Road and into the grass. 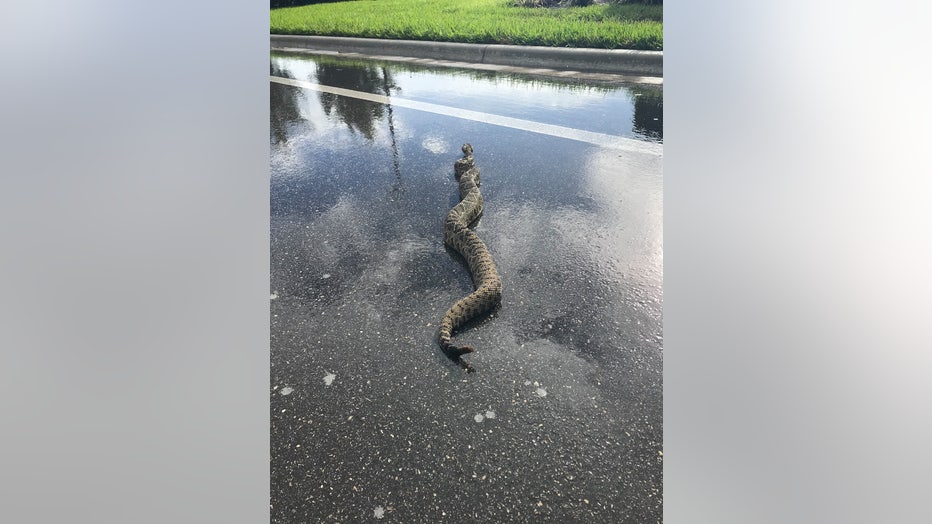 According to the Florida Fish and Wildlife Conservation Commission, eastern diamondback rattlesnakes are native to the Sunshine State.

The snakes are venomous and can strike a distance up to two-thirds of their body length. FWC says adults can grow up to 6 feet in length.

Anyone who spots a rattlesnake is encouraged to give it space and let it leave the area, wildlife officials say.

"Even a venomous snake in the woods or crossing the road poses no threat and should be left alone," FWC noted on its website, saying the snakes will usually only bite if they are provoked.